It looks like old Apple might have a bit of a fight on their hands in China with the Apple iPad, as word is the iOS slates are being removed from sale in the country’s retail stores by authorities because of a court ruling on some local firm actually owns the rights to the name iPad.

According to the guys over at The Next Web by way of DigiCha, Chinese paper Hebie Youth Daily is reporting that some Administrations of Industry and Commerce have started removing the iOS slates where they find it on sale due to the Proview iPad trademark infringement ruling.

Apparently some outlet have removed any iPad units from display to halt any problems with the authorities, but are continuing to offer the iOS table but only if customers particularly ask for the Apple device so they avoid advertising the slate for sale.

However apparently Apple is in the process of appealing against the ruling, but it is unclear at this time just how many authorities and resellers are taking this action but if it did become an official move in China it could end up being quite a blow for Apple, and could cost the company a bundle to overcome the ruling.

The challenge to the ownership of the iPad moniker in China by Proview kicked off back in October of 2010, and struck blow against Apple in the country, the repercussions of which are still unclear, but it looks like for now anyway if you want an iPad in China then you are going to have to ask for it. 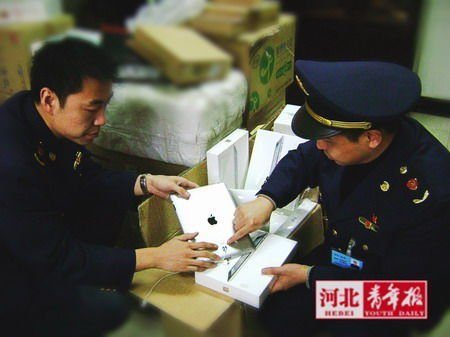