Recently word of a new Android smartphone hit the net in the form of the HTC Endeavor handset, a device that is expected to surface during Mobile World Congress 2012, and apparently a ROM has now surfaced for the HTC Endeavor is available for download that delivers some answers about HTC Sense 4.0.

The guys over at Android Central have spent some time picking apart the ROM and have come up with what Sense 4.0 offers and packaged inside the RO is quite a few screenshots that show a refined but familiar HTC Sense 4.0, some of the shot can be seen below, the rest can be seen on the guys website.

The guys say it appears that there is a bunch of lock screen options with ring and quick links, whist the Sense dock has a more Android traditional look and feel, and is almost like a hybrid with HTC widgets or it could be a mass of themes.

However the guys over at Engadget have also taken a look at the HTC Endeavor ROM and have come up with a few specs for the device which include a 4.7-inch touch screen, an 8 megapixel rear facing camera, a front facing camera, a Tegra 3 quad core processor, 1GB RAM, NFC and of course that Android Ice Cream Sandwich adapted HTC Sense 4.0 and Beats Audio.

The Android Central guys say that you get a good look at the HTC Sense 4.0 photo gallery, lock screen reminders, stocks backgrounds in portrait and landscape, favourite contacts, and the Sense phone book.

Are any of our readers out there looking forward to the release of the HTC Endeavor and that HTC Sense 4.0? 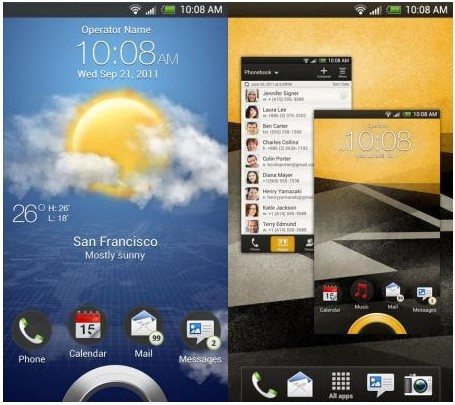 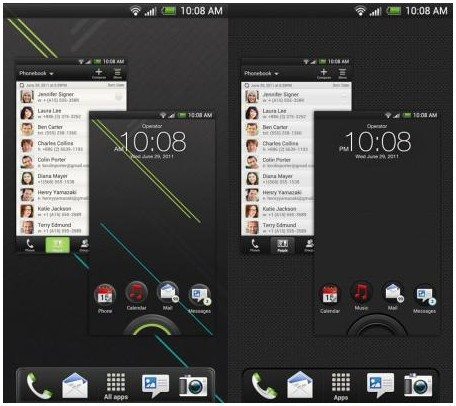 One thought on “HTC Endeavor Sense 4.0 and stunning themes”