For those Android faithful that own the HTC Droid Incredible and would love to have Android Ice Cream Sandwich running on their device you can now slap ICS onto the Droid Incredible by way of the Android Open Kang Project (AOKP), which has apparently been constructed from the latest Google goys offering Android 4.0.3.

According to the guys over at Droid-life by way of XDA-developers, and says the AOKP delivers the “greatest customisation option” that the world of rooted devices has to offer. So here’s how to install ICS onto your HTC Droid Incredible…

First off you need to download to your handset’s storage the AOKP zip file from Here. The grab Google Apps and put in your phone’s storage from Here. Next reboot into Clockwork Recovery and then create a Nandroid backup.

Once done wipe data/cache and then install AOKP ROM followed by installing Google Apps and then reboot and the job is done.

In other incredible news, and image that is said to be of the HTC Droid Incredible 3 has now surfaced online at Geek Sailor by way of Phone Arena, which is said to be an Android Ice Cream Sandwich device with a 1.2GHz dual core processor, 8 megapixel rear facing camera, VGA front facing camera and full HD video recording, HTC Sense 4.0 UI, 4G LTE, and apparently will sport a 4.3-inch qHD AMOLED touch screen.

Having said that, whether the device does actually turn out to be the HTC Droid Incredible 3 remains to be seen as none of the above has been confirmed by HTC, but who knows, with MCW 2012 kicking off soon perhaps we’ll know more then. 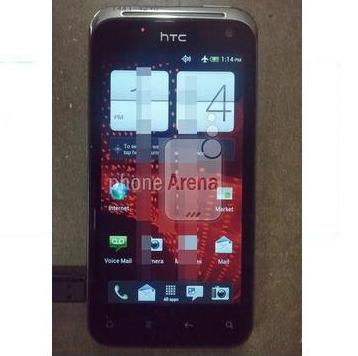