A new mobile phone launches and we all say “What has this one got to offer then, bet it is nothing to exciting”, well sit back and read more about the new Panasonic Eluga coming this year of 2012.

Please forget the ugly Panasonic Eluga name, and just read about the epic specs and design this smartphone has. Panasonic at last have decided to let the world know about their new handset, this Android smartphone is very stylish indeed. Laurent Abadie who is Panasonic’s European CEO is hoping to sell 1.5 million handset sales in Europe in the next fiscal year, which is between1 April 2012 and 31 March 2013. They also expect to grow substantially in the global mobile phone business by offering 15 million units by end of fiscal year 2015, which ends in March 31, 2016.

The Panasonic Eluga is apparently one of the largest screen-to-phone ratio on the European market, in a nutshell the screen takes up 66% of the overall handset. 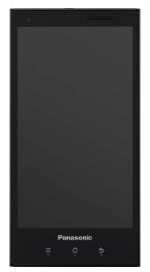 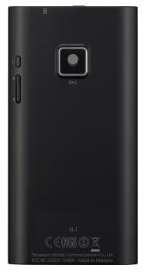 Main Features Include: NFC technology, 103 grams, Swipe and Share’ technology that also works with the likes of Panasonics own range of VIERA televisions, Android 2.3.5 Gingerbread with a promised upgrade to Ice Cream Sandwich in the summer of 2012, comes with a super thin frame and 4.3-inch large QHD (960×540) screen, ultra-slim D shaped design, waterproof to IPX7 that can go into water up to a depth of 1 metre for 30 minutes, it is also dust protected to IP5X.

Other than the looks of this stunner, the Eluga also comes with a brilliant feature called ‘eco mode’, this offers a unique power-saving technology that basically shuts down features that are not important when the Panasonic Eluga smartphone is running low on battery life.

The photos above are from the official Panasonic website, but please do check out Slash Gear for some stunning images, a few of them are below. 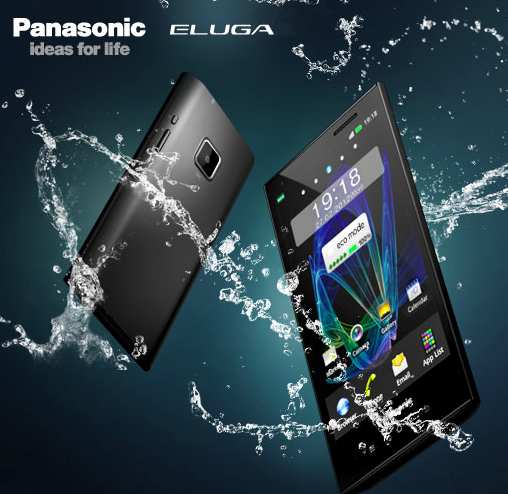 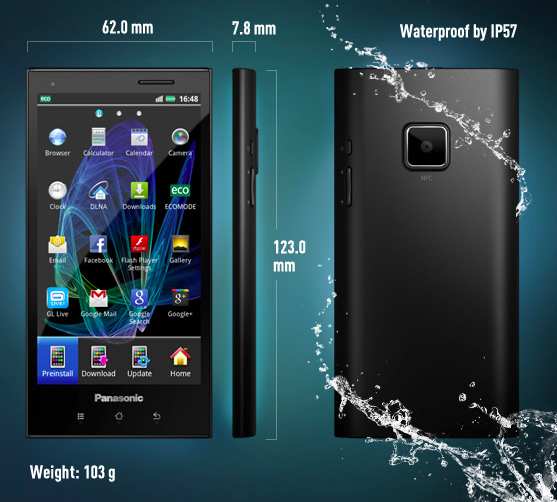