Canonical wants to bring the Ubuntu Linux operating system to the mobile space and has now announced the next step towards that goal by announcing Ubuntu for Android, designed to coexist on a user’s multi-core smartphone and to launch the Ubuntu desktop once a handset is docked with a monitor or keyboard.

According to the guys over at PC World, although Ubuntu for Android launches when docked, the rest of the time your smartphone will run Android as per normal, and all services and data are shared between Android and Ubuntu environments enabling such Android data and apps as telephony, SMS/MMS messaging, and contacts are all available via the Ubuntu interface.

Mark Shuttleworth, the founder of Canonical said in a statement that the desktop app will be a “killer app” for Android quad core handsets in 2012, and will transform your high-end handset into a productive desktop.

Jane Silber, the CEO of Canonical says Ubuntu for Android will be demonstrated during Mobile World Congress 2012 in Barcelona and also explained that this is not a Ubuntu app on an Android smartphone, but rather so the user can have the full Android experience when using the phone whilst having the Ubuntu experience once docked.

Apparently Ubuntu for Android will come preloaded on smartphones however there is no word on manufacturing partners or just when such devices would be released although Silber did say, “We are ready to go.”

The demo at MWC 2012 will be based on Ubuntu 11.10 or “Oneiric Ocelot,” however Silber says that she expects the forthcoming 12.04 version or “Precise Pangolin” that is due in April to more likely be the foundation for the software’s ultimate release. 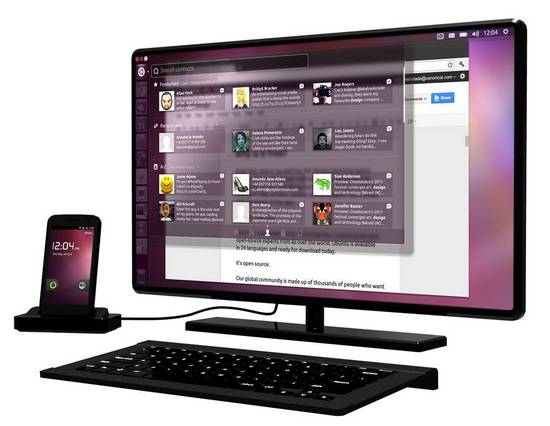 One thought on “Dock smartphones to run Ubuntu for Android”