Asus Transformer Pad 300 price has to be right

Whilst most of Asus’ high-end tablets grab all the interest there is a new addition to the Asus Transformer line that isn’t so high-end and was spotted during Mobile World Congress 2012 in Barcelona in the form of the low-end Asus Transformer Pad 300, an Android slate that resembles a slightly stripped down Transformer Prime.

Whist attending the event the guys over at Engadget managed to get some hands on time with the Asus Transformer Pad 300, so we thought we’d pass along their thoughts on the low-end Android Ice Cream Sandwich tablet.

According to the guys the Asus Transformer Pad 300 sports a 10-inch IPS touch screen along with 8 megapixel and 2 megapixel cameras, a quad core Tegra 3 processor, 1GB RAM, 16GB storage, and some models will come with 4G LTE.

The guys say that whilst the Transformer Pad 300 resembles other Asus slates, at 9.9mm thick the tablet does feel thick and weighty, whilst the plastic back texture seems rougher than the Asus Transformer Prime.

When it comes to the display the Pad 300 takes a step down from Super IPS+ to just IPS, but when viewing inside it does deliver on a wide range of viewing angles, but obviously as they couldn’t take the slate outside they couldn’t check on outdoor visibility.

Obviously one would presume that the lower end Asus Transformer Pad 300 would command a suitable lower price, but at the moment there is no word on what price tag that might be or where the Android 4.0 slate might be offered, but in any case that price will have to be right for it to become a success. 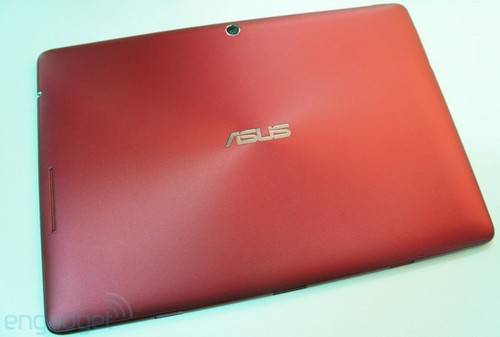 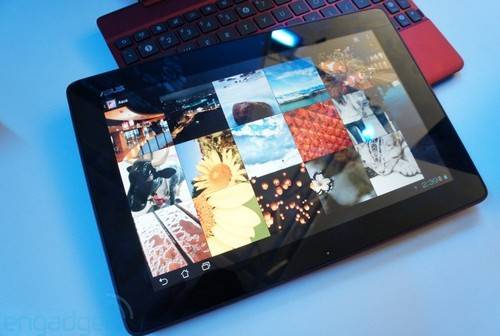