If you are one of the Android faithful still languishing on Android Froyo or Android Gingerbread and would like to gain a slice of Android Ice Cream Sandwich on your handset you just might like to know that the Camera ICS+ app has now been updated to play nice on Froyo and Gingerbread devices.

According to the guys over at Android Central, developer Moblynx has taken the stock Android Ice Cream Sandwich app and tweaked it to deliver some nice cool features so that the Camera ICS+ app can now play along with earlier version of the Android operating system, which up until now was only available to ICS and Android Honeycomb devices.

There are two versions of the Camera ICS app, the free version that has adverts, and the paid version the Camera ICS+ app, both now compatible with Froyo and Gingerbread.

With the paid Camera ICS+ app you receive the stock Android Ice Cream Sandwich camera app along with built in photo effects such as silent mode, sepia, mono, panorama features and an image quality setting that goes up to ultra.

Although apparently if you run the Camera ICS+ app on an Android 4.0 device you also receive 720p face effects along with additional video stabilisation features.

So for those that would like to try out the free Camera ICS app you can download it from the Android Market whilst the paid Camera ICS+ app commands a price tag of $0.99 roughly Â£0.79. 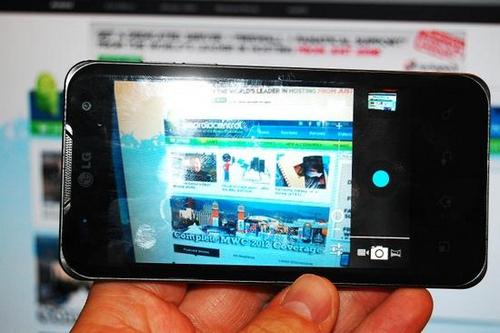