Mobile World Congress in Barcelona is over for another year and we have seen some fantastic devices unveiled over the last week. There have been new smartphones to suit every taste and we want to take a look at three of the best to see what they have to offer. Read on for the HTC One X vs. the Panasonic ELUGA Power vs. the Nokia 808 PureView.

We’ll briefly run down some of the key specs and features for each of these handsets and a look at what makes each phone stand out, for they all have very different things to bring to the table. First off there’s the HTC One X. Even the title of this one is confusing as it was previously known as the Edge and then the Endeavor and now we’ve heard that it may be the HTC One XL in the U.S. or alternatively on T-Mobile US even the G4X. For now we’d say that for the UK and other regions it’s the HTC One X but if you’re stateside where it will also be carried by AT&T, you may want to look out for a slight difference in name. It’s release date in the UK looks to be April and we’d imagine the same timeframe for the US too.

Bear with us as there’s slightly more to elaborate on and that is its processor. The UK version will have an NVIDIA Tegra 3, 1.5GHz quad-core processor and that also stands for the US version on T-Mobile. However AT&T’s version, which will feature LTE connectivity, has a Qualcomm S4 dual-core processor instead. Other details include a 4.7-inch HD touchscreen, 8-megapixel rear camera with 1080p video capture, 1.3-megapixel front-facing camera, 1GB of RAM, 32GB of internal storage, Beats Audio and NFC and it will all be running on the Android 4.0 Ice Cream Sandwich OS. The HTC One X is a great all round high-spec smartphone and its highlights include the quad-core processor (except on AT&T) and the latest Android ICS operating system.

Moving on to the Panasonic ELUGA Power this has a Qualcomm Snapdragon S4 1.5GHz dual-core processor, a 5-inch HD touchscreen, 8-megapixel rear camera will full HD video recording capability, a front-facing camera, 1GB of RAM, 8GB of internal storage expandable with microSD and NFC. This smartphone has two areas where it stands out. One is the sheer beauty of the device as you’d have to go a long way to find something that looked as sleek and stylish as the Eluga. The other interesting point to note is that it is dustproof and waterproof to international standard IPS 57. Release is unconfirmed but it’s thought that it may arrive from late April. We know this is coming to the UK and Europe and it is currently being considered for the U.S.

Finally, but by no means least, the Nokia 808 PureView smartphone. Although most of the specs on this one won’t dazzle you, hold on for the end and you’ll realize its stand out feature. This has a 1.3GHz single-core processor, uses the Symbian Belle OS, has a 4-inch LCD Clearblack touchscreen, 512MB of RAM, 16GB of internal storage (expandable with microSD), and NFC support. However the main appeal of this phone will be for photography enthusiasts and we’ve even noted that its arrival could signify the end of compact cameras. The reason for that is that this handset has a 41-megapixel camera, unknown of previously for a smartphone camera. It is likely to revolutionize mobile photography and as such is likely to find a niche market. No regions or release date have yet been announced for this smartphone.

To be frank when we look at the specs of these handsets and their highlights they are all so completely different that the usual comparison doesn’t really apply. The choice of these three will really come down to personal preference and user requirements as what they have to offer is so varied and of course if it is released in your region. If you want an all-round impressive device with great specs then the HTC One X might be your choice. If you simply want one of the best-looking smartphones we’ve seen, or the dustproof and waterproofing features appeal then the Panasonic ELUGA Power will be the one for you. If you’re a keen photographer then the Nokia 808 PureView is likely to be the phone you opt for.

What are your thoughts on these three very notable smartphones? If you were to choose one, which would it be and why? Why not let us know. 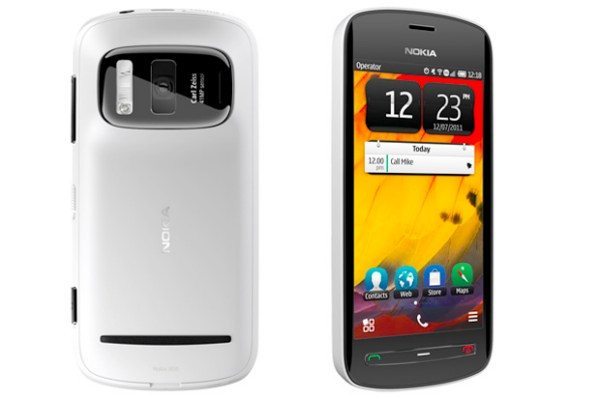