The Apple iPhone 5 and the Samsung Galaxy S3 (S III) are probably the two most highly anticipated smartphones for this year despite the array of new smartphones at Mobile World Congress last week. These two handsets will gather a huge amount of the smartphone market in 2012 and we think a choice between the two may be pretty painful for many people.

It’s too early for release dates but as a general guide there are two timeframes being rumored for each of these phones. Some feel that the iPhone 5 will be announced at Apple’s WWDC in June with a release soon afterwards but the consensus at the moment seems to feel a fall release is more likely, around a year after the iPhone 4S and in time for the holiday season. Meanwhile Samsung is holding an event to announce the Galaxy S3 this month and there have been recent reports to say an April release is likely. However, we have also heard speculation that the Galaxy S3 could launch to coincide with the London 2012 Olympics which begins in July. Hopefully we may be finding out more on the release of at least the Galaxy S3 before too much longer.

Operating systems are also in question for each of these handsets. It looks likely that the iPad 3 will release later this month on iOS 5.1 and so the iPhone 5 later in the year could release with iOS 6 and we have already heard evidence that is in development. For the Galaxy S3 it seems pretty definite that it will release on Android 4.0 Ice Cream Sandwich, the latest Android operating system. Android 5.0 Jelly Bean is not expected until later this year, probably in the fall, so this one seems more certain.

As far as specs and features go there has been so much rumored for both of these smartphones that we’ve almost lost track and of course nothing is yet confirmed. Nevertheless we’ll give you an idea of what many of the experts are expecting. For the iPhone 5 there could be a step up to an A5X or A6 processor although it’s not yet known if this would be dual-core or quad-core. There’s also a possibility of LTE connectivity, an improved camera (possibly 12-megapixels), larger display and longer-lasting battery and NFC support could feature.

For the Galaxy S3 it’s anticipated that it will include an Exynos quad-core processor (either 1.5GHz or 1.8GHz), 2GB of RAM, 32GB of internal memory, LTE connectivity, NFC and there’s also been mention of 3D support. Camera-wise it looks as though we could see either a 10 or 12-megapixel rear camera and the display for the Galaxy S3 could increase to a much larger 4.8-inches, possibly Super AMOLED Plus. As you can see, if these specs turn out to be mostly accurate, both of these handsets will be hugely impressive and it will be difficult for many to choose between them. Of course then the design of the phones may come into play and there’s been very little said so far about the iPhone 5 design so far.

When the iPhone 4S came out there was a certain amount of disappointment amongst some that it looked exactly the same as its predecessor and so Apple may have taken that on board and changed the design this time around. However as sales of the iPhone 4S have still been phenomenal the iPhone 4 could certainly appear looking much the same again. Until recently there had not been much mentioned on the design of the S3 but lately it has been reported that it could have a ceramic backing which would give it a very different feel. We’ve also heard that it could be even slimmer than the S2. We have no information yet on pricing for either the iPhone 5 or Galaxy S3 but when released last year the price in the U.S. on the usual two-year contract was exactly the same, so even if they rise in price this time around they may remain the same as each other to compete.

Choosing one of these two smartphones over the other then could prove a really painful decision for many people. Of course if you already prefer the iOS platform over Android or vice versa, your decision is probably easy. However for some it’s not so cut-and-dried. Have you already made your choice between the Apple iPhone 5 and the Samsung Galaxy S3? If the iPhone 5 turns up with the same design yet again, could that swing you towards the Galaxy S3? What will be the deciding factors for you? 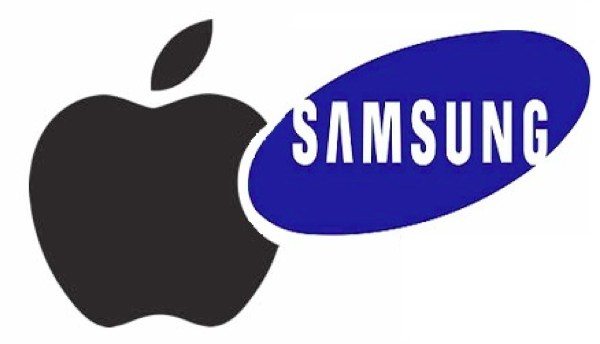