If you are into the eco-friendly smartphone thing you might like to know that there is another eco-friendly handset on its way in the form of the LG Rumor Reflex for Sprint and Boost Mobile, which is the 4th device in the Sprint and LG Rumor family and the successor to the LG Rumor Touch.

Sprint along with Boost Mobile and LG have now announced the availability of the LG Rumor Reflex, which comes in titan grey and will become available as of Sunday the 11th of this month from Sprint and 1-800-SPRINT 1 and all Sprint retail channels and commands a price tag of $29.99 when signing up for the usual two-year term and after a 50-buck mail in rebate via reward card.

Spec wise the LG Rumor Reflex offers the user a 3-inch WVGA touch screen along with a full QWERTY keyboard, 2 megapixel camera, GPS, and microSD expansion up to 32GB.

The LG Rumor Reflex will also become available via Boost Mobile as of the 29th of this month, off contract and command a price tag of $79.99 at Boost Mobile’s exclusive retail stores, and select independent dealer locations across the US.

The smartphone is also compatible with Boost Mobile’s $50 per month unlimited plan with shrinking payments, whereby for every 6 on-time payments the cost of the monthly unlimited plan will reduce by 5-bucks to eventually reach $35 per month for unlimited nationwide talk, texts, email, web and calls to 411. 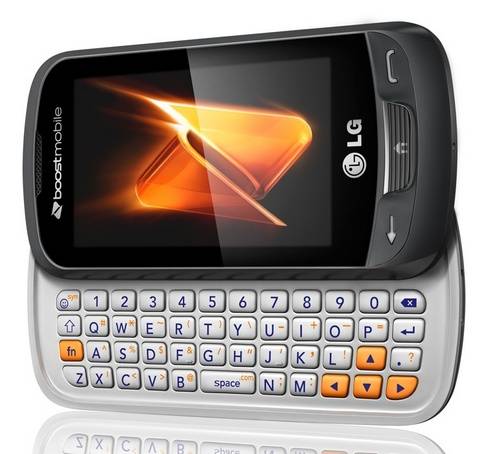