The iPhone 5 & Galaxy S3 could release head to head

Although there are plenty of great smartphones already out this year and we’ve told of plenty more on the way, we’d have to say that the two most anticipated phones of the year are the Apple iPhone 5 and the Samsung Galaxy S3 (or S III). As release dates are still up in the air for both, we wonder from the many rumors whether these two handsets could end up releasing head to head. Now that would certainly be interesting.

We’ve posted many articles now on both of these two smartphones and given comparisons of features and specs based on what has been widely rumored and speculated. However nothing has yet been confirmed for the iPhone 5 (or new iPhone or other title) or the Galaxy S3. One thing we hadn’t spent a lot of time thinking about was what would happen if the two ended up being launched at the same time because frankly that didn’t seem very likely for quite some time. However, increasingly this is looking like a possibility.

Although earlier in the year there were a lot of people talking about a possible June release for the iPhone 5 to tie in with Apple’s WWDC, more recently the consensus seemed to be that a fall release was more likely. This seemed more sensible as it would then be a whole year since the iPhone 4S was released and as sales of the iPhone 4S are still strong it would optimize those sales. We noted that plenty of new impressive smartphones were already on the way for the spring and summer, with one of those possibly being the Galaxy S3 and so it seemed more likely that Apple would benefit from a fall release. After all, if Apple wants to put the iPhone 5 in the spotlight it would be best to do so after the initial fuss about some of the other smartphones coming out soon has died down.

We have also heard various rumors about a release for the Samsung Galaxy S3 with launch times ranging from April to July but when the iPhone 5 looked set to release in the fall it still seemed that they would go on sale at least a few months apart. However there now seems to be more and more talk about the iPhone 5 being released in the summer. Chosun Ilbo is one of the major newspapers in South Korea and today reported that the iPhone 5 and Galaxy S3 smartphone releases are likely to meet head on in the middle of this year. The paper predicts that both smartphones will release at around the same time with ‘industry insiders’ expecting the Galaxy S3 in May and the iPhone 5 in June.

Taking a look at bookings for the Moscone Center in San Francisco the paper found that a corporate event is set to take place between June 11 and June 15. As there are no further details listed it’s assumed that this is for the big Apple event to launch the iPhone 5 but we should point out that Apple usually holds WWDC in June anyway and to us this doesn’t yet indicate a June release for the iPhone. It is possible though that Apple wants to revert to its previous summer launches for the iPhone.

Back to the Galaxy S3 and we had heard launch dates of April and then rumors that the release would tie in with Samsung’s sponsorship of the Olympics 2012, which starts in July. A very fluid prospective timeframe then but Chosun Ilbo feels that Samsung is likely to just pip Apple to the post (no pun intended). Although a special Samsung event has been rumored for later this month for the unveiling of the Galaxy S3, the paper feels it’s more likely that it will be launched at this year’s CTIA in the U.S. in May. It’s noted that both in 2010 and 2011 Samsung launched its flagship device before Apple’s so this would continue the trend.

The International Business Times also discusses the likelihood of these two phones being released at around the same time and point to a leaked photo earlier in the week suggesting a June launch for the Galaxy S3. However it also points out that the leaked image was unlikely to be real. It also discusses the special Samsung event later this month and points out that Samsung has already dismissed that this is for the Galaxy S3 so that could tie in nicely with Chosun Ilbo’s belief of it being launched at CTIA in May instead.

There are many things to take into consideration here and to be honest everything that is being discussed seems to be based on conjecture rather than hard facts, so will these two immense handsets really release at the same time? At this time there’s simply no way of knowing but what we do know is that it looks more likely than previously. What do you think about this? Have you already made up your mind that you want either the iPhone 5 or the Galaxy S3, even before they’ve been confirmed? How do you think a head to head release would impact sales for both? We appreciate your comments so let us know. 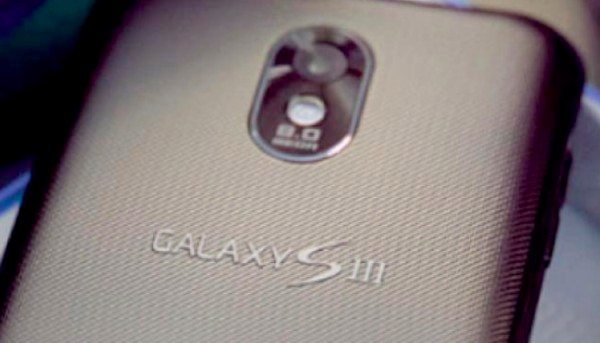