Droid Fighter for Verizon shows itself and grabs attention

Regular readers may remember that a few weeks ago we brought your attention to two new smartphones that had shown up on a workshop list for Verizon. One was the LG Cayman and the other was the Droid Fighter. At the time we had no way of knowing if the Fighter was from Samsung, Motorola or HTC but today leaked images suggest it is a Motorola device and that it could well grab your attention.

As Motorola has come up with so many new devices lately it seemed unlikely that the Droid Fighter may also be one of theirs at the time we heard of it, but leaked info seems to tell us otherwise. Phone HK, a Motorola forum, well known for leaking information, has posted a photo purporting to be the Motorola Droid Fighter and accompanying it, a spec showing a 4.6-inch HD display.

Droid-Life points out that the image of the Fighter shows a handset very similar indeed to the Droid RAZR except for a notable difference, the lack of a bottom row of soft keys. Thus it looks as though the Fighter could have on-screen soft keys in the way of the Galaxy Nexus, which would no doubt please many potential customers. Another thing Droid-Life picked up on is that Motorola hasn’t previously released a phone with an HD screen in the U.S. but the site handled a Chinese RAZR with HD screen previously and was hugely impressed.

This may make consumers sit up and take notice of the Droid Fighter then as well as mention of a 3300mAh battery which is the upped battery used on the Droid RAZR MAXX. Other details are thin on the ground but an April release date has been speculated. If this is the case the Droid Fighter could well be launched running Android 4.0 Ice Cream Sandwich and may arrive before other Motorola devices get their ICS updates.

You can see an image below but for the full image of what is claimed to be the Motorola Droid Fighter head to the Droid-Life link above. We’ll certainly be following developments on the Motorola Droid Fighter closely and will let readers know as soon as we hear more but from first impressions we’d say this could be a popular addition to Verizon’s smartphone lineup. Are you interested to find out more about the Droid Fighter? What confirmed specs would it need to make you choose it as your next smartphone? 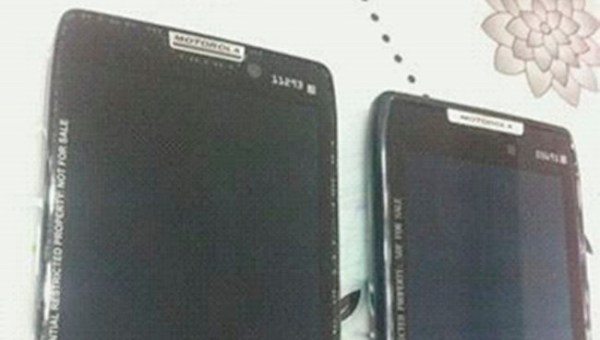