At the weekend we told how Apple’s new iPad with iOS 5.1 had amazingly been jailbroken already and how incredible it seemed that developers were able to hack new devices so quickly. Today we can tell you that the new iPad is now the subject of multiple jailbreaks, proving once more just how quickly the hacking community moves.

There’s no word yet on when these new iPad jailbreaks will become publicly available but you can bet the race is on. Renowned hacker MuscleNerd has already said his jailbreak is in the initial stages and shown some screenshots and then we heard of another prolific hacker i0n1c and a video that shows his untethered jailbreak. You can see that video below this story showing the new iPad with a working jailbreak. While we cannot recommend that readers use jailbreaking on their devices we know just how many can’t wait to do so even though users risk voiding their warranties.

MuscleNerd, responsible for the first jailbreak is a member of the iPhone Dev Team, which is not associated with Apple but work on jailbreaking iOS devices. Then i0n1c, otherwise known as hacker Stefan Esser, came along showing his untethered jailbreak. Now yet another jailbreak that has come to light has come from duo Grant Paul, otherwise known as @chpwn and Paul Griffen, aka @phoenixdev who have also posted screenshots, as noted by PC World. The achievement of three jailbreaks already was noted by MuscleNerd, with a new tweet saying, “Busy iPad3 launch day! Congrats to @i0n1c for 2nd JB method, and @chpwn + @phoenixdev for 3rd method!” according to PCMag. 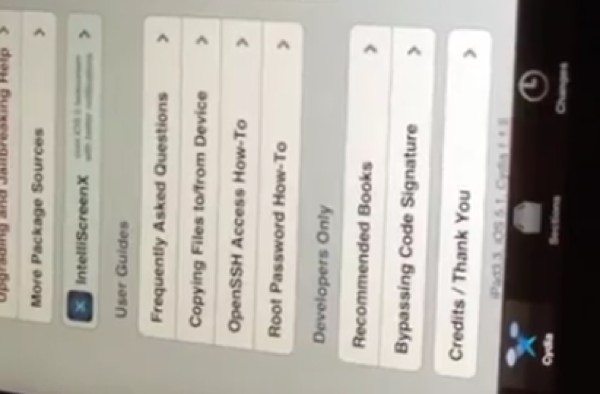