The first glasses free 3D experience smartphone was of course the Android packing LG Optimus 3D, however the high price of the Optimus 3D might have put some people off purchasing the device; however a new cheap glasses free 3D Android smartphone has now been unveiled in China called the Zopo ZP200, and we have the details.

According to the guys over at Android Sale, the new Zopo ZP200 is the first Android handset to sport the MTK MT6575 1GHz 3G processor, a single core Cortex-A9 processor with an HSPA modem and an unidentified 5 series PowerVR GPU.

Although the Zopo ZP200 1GHz processor wont win any battles in the benchmark stakes it is apparently enough to run the Android Ice Cream Sandwich operating system on the handset, which sports a 4.3-inch qHD Sharp ASV touch screen along with an 8 megapixel rear facing camera, 720p video and of course 3D display tech.

The Zopo ZP200 has 1GB DDR2 RAM along with 4GB ROM, and it is said that applications run smoothly, although initially the smartphone will come with Android 2.3 Gingerbread it will receive an update to Android 4.0. The device also sports dual SIM cards and a 0.3 megapixel front facing camera.

Word has it that the Zopo ZP200 will command a price tag of $299 when it begins shipping sometime mid April, and will be available to purchase from Android Sale.com. 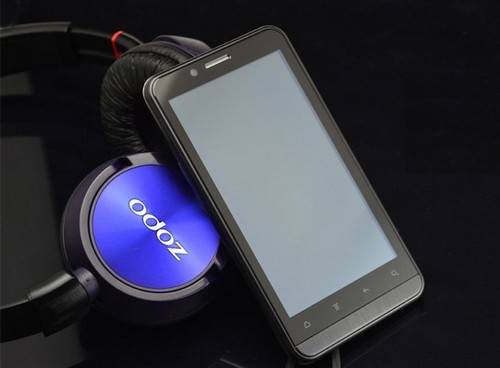