Today the 21st of March, HTC has announced their first Windows Phone based handset in China, the HTC Eternity, has now gone on sale as an unlocked smartphone and comes with numerous popular Chinese applications pre-installed, and the HTC Eternity is the first of many Windows Phone handsets headed for China this year.

According to the Windows Steam Blog, Microsoft China held an event in Beijing for both phone and press industry execs to showcase the Chinese language interface and mark the arrival of the Windows Phone in China.

The HTC Eternity for China comes with simplified Chinese along with support for traditional Chinese, an image of which you can see below, and the guys say the engineer and design teams worked really hard to deliver a version of the software that showcases the beauty of Chinese characters that will excite Chinese customers.

One can presume that other than the new Chinese language interface, the HTC Eternity offers the same specifications as before, so should sport a 4.7-inch S-LCD touch screen, 8 megapixel rear facing camera, 1.3 megapixel front facing camera, 720p video, 1.5GHz processor, and 16GB internal storage.

So there it is, as of today those over in China should be able to purchase the HTC Eternity Windows Phone, however there is no word on just what the HTC Eternity will set you back in China. 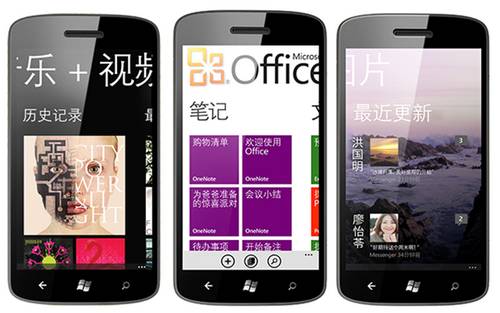 One thought on “HTC Eternity Windows Phone on sale in China”