According to the guys over at Phone Arena by way of Crackberry, one of the features on the BlackBerry Curve 9320 that most users will like is a dedicated BlackBerry Messenger button on the side of the device that launches the application.

However, the rest of the specifications for the BlackBerry Curve 9320 aren’t too impressive, such as a 2.44-inch QVGA display (non-touch screen) physical QWERTY keyboard, single core processor, 512MB RAM, 3.2 megapixel rear facing camera, WiFi, Bluetooth, and microSD expansion up to 32GB.

So I guess the big question is, does the BlackBerry Curve 9320 interest you, or do you prefer a more higher-end smartphone? 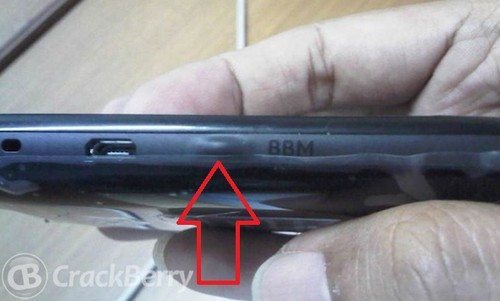