From the amount of talk about the Apple iPhone 5 you might imagine that it is due for release next week rather than at least several months away. We’ve been bringing you rumors and specs leaks about the iPhone 5 to keep you informed plus news of some of its competition but today we want to focus on what could become an unexpected victim of the iPhone 5, the carrier Sprint.

More specifically we’re talking about the much-rumored LTE iPhone 5 and what this could mean for Sprint. It seems almost certain from recent news that 4G LTE connectivity is coming to the iPhone 5 and the possible repercussions of that for Sprint could be pretty dire. When Sprint joined AT&T and Verizon last year to become the third major US carrier to offer the iPhone this was seen as a huge coup for the company. However a deal that Sprint made to secure the iPhone then, could be its downfall now according to one analyst.

Verizon was first off the mark with 4G LTE networking and now covers large parts of the U.S. with its LTE network while AT&T is playing catch-up but already offers a decent amount of coverage. However Sprint’s endeavors to form an LTE network are much talked about but not far along with development and the carrier doesn’t yet offer a single 4G smartphone (although the Samsung Galaxy Nexus and LG Viper are coming). Therefore if an iPhone 5 with LTE does indeed release then many customers who may have purchased the next iPhone on Sprint may jump ship to AT&T or Verizon instead. Where this could cause Sprint major problems is the contract between itself and Apple, whereby Sprint has to purchase 25 million iPhones from Apple over the next four years, according to IBTimes.

Unless Sprint makes serious progress with its 4G LTE network extremely quickly it could mean that many Sprint iPhones remain unsold, saddling the carrier with some massive debts. Analyst Craig Moffett of Bernstein Research stated that the lack of LTE support for Sprint so far could be its downfall when a 4G LTE-equipped iPhone 5 is released, saying in a report, “To be clear, we are not predicting a Sprint bankruptcy. We are merely acknowledging that it is a very legitimate risk. And notwithstanding a recent rally in Sprint shares, we believe that risk is rising.” After Moffett spoke about the potentially damaging take-or-pay deal that Sprint has with Apple, Sprint shares fell by 4.5% in one day.

Upgrading Sprint’s network to LTE is bound to take time and apparently Sprint has stated that its 4G LTE network will arrive around mid-2012, but of course that’s likely to be in only a few select areas at first and certainly not widespread coverage. However without widespread coverage of a Sprint 4G LTE network by the time an LTE iPhone 5 arrives, we wonder if Sprint will be doomed to lose its share of potential sales for the next iPhone and that could lead to very dodgy ground indeed for the carrier.

A release date is not yet confirmed for the iPhone 5 although two main times are in the picture. Many industry experts feel it will arrive in the fall although some feel it’s more likely to be launched in the summer at Apple’s WWDC in June. We imagine therefore that Sprint could well be holding its breath at the moment, hoping for an iPhone 5 release later rather than sooner.

We should point out though that not all analysts agree that an LTE iPhone 5 will bring bad tidings to Sprint. According to Barron’s, analyst Shing Yin from Guggenheim Securities feels that the network isn’t necessarily the most important factor for people buying a new smartphone and feels that users “focus on the device first and foremost.” Yin said, “In our view, the relative lack of capacity in Sprint’s LTE network is unlikely to be noticeable by users for some time, since the network will initially be underutilized.” Yin also pointed to the fact that last year Sprint added more WiMAX users than Verizon added LTE users, therefore backing up the feeling that network quality may not be uppermost in consumer’s decisions when buying a new phone.

It seems that the experts are split on what the impact of an LTE-enabled iPhone 5 will mean for Sprint although some of the warnings for Sprint have seemed pretty ominous. We’d like to hear your thoughts on this. If you are a current Sprint customer and the iPhone 5 was LTE-equipped would you be likely to jump ship to Verizon or AT&T? Maybe you would still purchase it on Sprint and wait for its LTE network to play catch-up? What is most important to you, the best possible network or the device itself? We’re intrigued to find out so do let us have your comments on this. 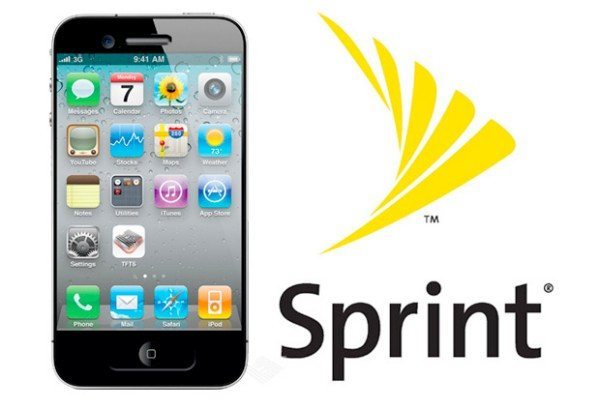 10 thoughts on “iPhone 5 could slay unexpected victim on release”