If you are into action adventure games on the Windows Phone platform, and fancy launching Easter eggs at an enemy this Easter, there is a mobile game available for Windows Phone devices that is the sequel to last year’s smash hit, Pumpkin Smash, and that sequel is called Easter Smash for Windows Phone.

When playing Easter Smash for Windows Phone, the gamer has to launch an assortment of egg attacks against the robots of Dr. Genius who is attempting to use his robot army to steal Cottontail Rabbit’s eggs.

The Easter Smash game features a full music soundtrack, the ability to attack with Plasma eggs, EMP eggs and more, you can score Combos and multi-kills that deliver bonus points along with extra egg awards. 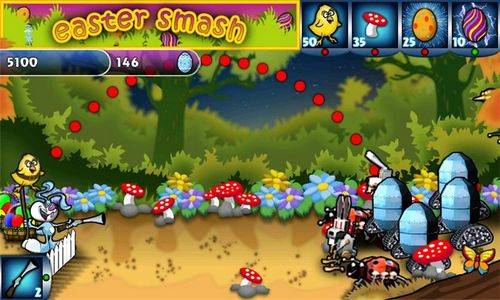