So, now that the international version of the HTC One X has been available for a while, the HTC One X is arguably the most powerful Android smartphone to be announced and the only quad core handset you can purchase, although US versions with be dual core, but how does the latest Android Ice Cream Sandwich smartphone compare to the larger Samsung Galaxy Note?

Expandable storage, again the Galaxy Note wins out as the HTC One X doesn’t have a microSD slot, which is a shame considering the Android Ice Cream Sandwich handset is HTC’s flagship handset, but it does come with 32GB internal storage.

Lastly it comes down to the stylus and apps, as I’m sure you know that the Samsung Galaxy Note comes with an advanced stylus support, along with numerous pre-loaded apps including games.

We also have a thirteen minute video comparison between the Samsung Galaxy Note and the HTC One X for your viewing pleasure below, courtesy of YouTube user MrMushweed, so don’t forget to hit that play button and check out the footage.

So, we’d like to hear from our readers which they believe is the better device, the Samsung Galaxy Note or the HTC One X, so feel free to share your views to our comments area below. 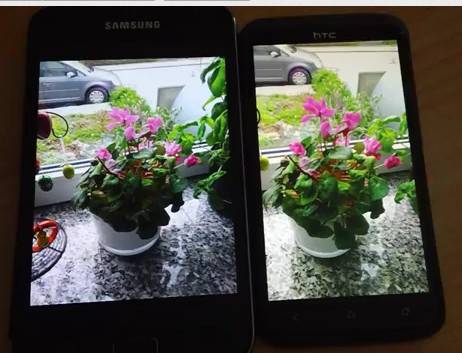 17 thoughts on “Short & sweet HTC One X vs Galaxy Note”