The Nokia 103 phone you can afford

Today we have news of one of the most affordable phones you’ll ever hear of, the Nokia 103. This handset will only cost â‚¬16 ($21/Â£13) but before you get too excited, it’s targeted at first time buyers in emerging markets and that’s reflected in its specs and features.

It will release in Nigeria first in this quarter and then is expected to launch globally. Okay, as you would expect, the specs and features are nothing to write home about but what do you expect for that amount of money. It seems as though it will be pretty durable too as it is dust resistant and has anti-scratch covers so even though it’s a cheap phone it should last.

We heard about the Nokia 103 from GSM Arena and some of its features include an integrated flashlight, stereo FM radio (requires headset) and also preloaded games. It weighs 77g with dimensions of 107.2mm x 45.1mm x 15.3mm and has an 800mAh battery allowing 11 hours of talk time and 27 days on standby. The Nokia Lumia 103 allows users to personalize it from 32-polyphonic ring tones and manage contacts with phone books supporting 500 entries.

Users can also access call history and record call duration, manage schedules with the use of a calendar and speaking clock/alarm clock and also store up to 250 SMS entries. The User Interface is Series 30 and it has a 1.36-inch black and white display (which some of you are probably surprised are even made any more)! Purchase of the Nokia 103 includes the handset, battery, compact charger AC-3 and user guide and suitable Nokia accessories are a stereo headset WH-102, a compact travel charger AC-5 and mini speaker MD-8.

If you want to see more about the Nokia 103 we’ve embedded a video below this story. Although the Nokia 103 isn’t going to knock people’s socks off as a first phone for those in developing markets it’s not to be sniffed at. Let us have your thoughts on the Nokia 103. 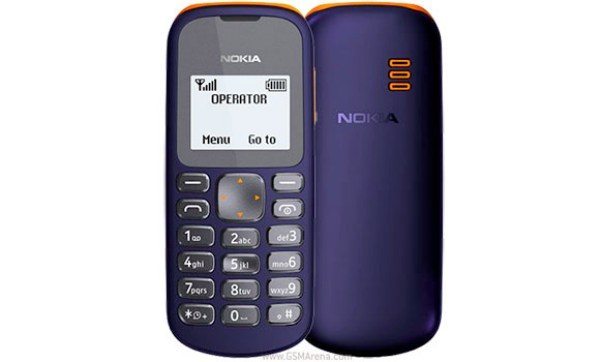