If you are one of the many waiting for the official announcement and release of Samsung’s Galaxy S3 (S III) you may be interested in a comparison against another upcoming smartphone, the Huawei Ascend D Quad. Both are set to have quad-core processors so read on for our take on the Galaxy S3 vs. Ascend D Quad.

For starters we’ll caution readers that nothing is yet confirmed for the Samsung Galaxy S3 (or SGS3) but that many features and specs have been leaked and rumored. While we cannot state which will turn out to be accurate we can at least give you some idea of what is expected and feel it’s likely that most of what we mention here will come to fruition on the released article. The Huawei Ascend D Quad was announced at Mobile World Congress so these specs should certainly appear when it releases.

Both are Android devices and both are expected to be running on Android 4.0 Ice Cream Sandwich, as you would expect from premium devices. The Galaxy S3 is rumored for a release sometime between April and July, following an event in April or May. It will be available globally on multiple carriers but of course those carriers have not yet been confirmed. The release date of the Ascend D Quad is also still unknown but is said to be going into mass production in June, rumored for a July release. Regions and carriers are unconfirmed but we would expect Huawei’s flagship device to be available in many countries and across various carriers.

Other specs and features anticipated for the Galaxy S3 are a 4.6-inch Super AMOLED Plus HD display, improved camera from that of the Galaxy S2 to a 10 or 12-megapixel rear camera with 1080p video capture, 2-megapixel front-facing camera, 2GB of RAM, 32GB of internal storage and LTE connectivity. Less likely inclusions although rumored, are wireless charging and a ceramic backing.

The Ascend D Quad by comparison will include a 4.5-inch IPS display with resolution of 1280×720, an 8-megapixel rear camera with 1080p video recording capability along with a 1.3-megapixel front-facer, 1GB of RAM, 8GB of internal storage (expandable with micro SD card), Dolby Mobile 3.0 Plus sound, HSPA 21Mbps, GPS and Wi-Fi. It’s also an extremely slim device that should appeal to many. We can see then that the Ascend D Quad has a lot going for it and potential smartphone buyers may well have another decent choice if the Galaxy S3 doesn’t turn up as well-equipped as anticipated.

Although there have been many comparison made between the Galaxy S3 and the Apple iPhone 5 then, it may just be that the Galaxy S3 could have further competition than Samsung thought, in the form of the Ascend D Quad. In fact the later the S3 releases the more likely its arrival might bump into that of the Ascend D Quad so Samsung would do well to hurry though the Galaxy S3 release. This would also give it more chance to make an impact before the arrival of the iPhone 5 on the market, rumored for either June or July, or the fall.

As far as quad-core smartphones go, the Galaxy S3 and Ascend D Quad look as though they will be very impressive and we can’t wait to see the specs and features of the Galaxy S3 confirmed and get a closer look at the Ascend D Quad to get more of an idea of how they compete. Based on these early observations though, we’d like to know what you think. Are you a Galaxy S enthusiast and have already made up your mind to purchase the S3? Maybe you thought you would buy the S3 but may now take a closer look at the Ascend D Quad? 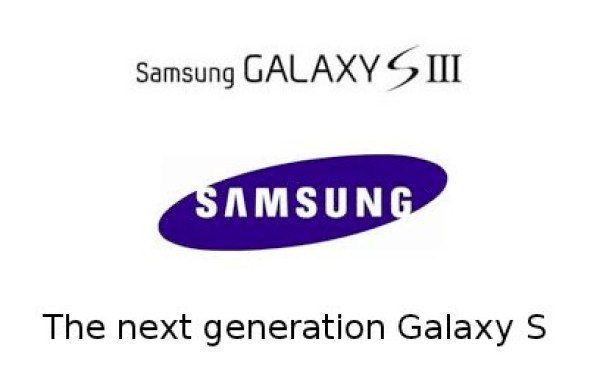