If you’re an Android enthusiast and thinking of purchasing a new tablet then we have news today of two tablets that may suit you. The first is the Ematic eGlide Prism 7-inch tablet and the second is the POV ProTab 2 featuring a 9.7-inch display. Both run on the latest Android mobile operating system, 4.0 ICS.

The Ematic eGlide Prism is a budget choice targeted for gaming and entertainment and is presently priced at $157.16, down from $216. At the moment it’s only available from ShopNBC and specs and features include a 1GHz single-core processor, 7-inch WVGA display, 512MB of RAM and 8GB of internal memory. The eGlide Prism tablet also comes with 5GB of cloud storage, front-facing camera, gyroscope, accelerometer, Wi-Fi and microSD slot and for a value tablet those specs are not too bad at all.

It weighs only 0.6 pounds, is only 9mm thick and its HD video player supports up to 2160p HD 3D videos. The eGlide Prism comes with 3D glasses included as well as a protective sleeve, earphones, wall charger and USB cable according to Brief Mobile.

Meanwhile European manufacturer POV has come up with the ProTab 2 with half-decent specs and features at a price of â‚¬393 (around $517). The ProTab 2 features a Cortex A8 1.2GHz processor, 9.7-inch IPS display with 1024×768 resolution, 1GB of DDR3 RAM and 8GB of internal storage expandable with microSD card by another 32GB.

According to Ubergizmo the ProTab 2 also includes a 2-megapixel rear camera and 0.3-megapixel front-facer, Bluetooth and Wi-Fi connectivity, a mini HDMI port and mini USB port. The image at the top of this article shows the eGlide Prism while the photo below shows the ProTab 2.

We’d like to hear your thoughts on these two Android Ice Cream Sandwich tablets. Could you be tempted to either of them and if so, which one? Why not let us know by sending your comments. 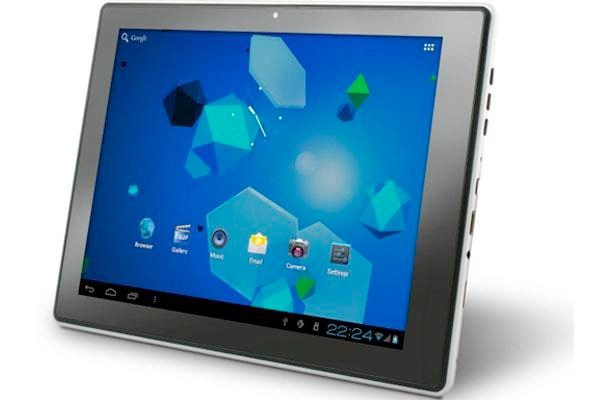