If you pre-order right now on this Sprint Page they will do their very best to get the phone out to you by Sunday, April 22, just complete the package checkout and away you go. They also have a great bonus, this is a special offer to those that buy and activate a Galaxy Nexus by May 22nd, then activate Google Wallet within 7 days and you will receive a cool $50 in Google Wallet credits. The regular price for the Sprint galaxy Nexus is $549.99, but if you sign up to a 2-year agreement you can save a massive $350 by where you only need pay $199.99.

Pre-orders begin right now so hurry up and hit the link above to get yours by April 22nd, the press release also states that if you pre-order there is a possibility that you could receive the Galaxy Nexus as early as April 20th, that is two days before it officially goes on sale. This handset on Sprint also features Google Wallet, which basically in a nutshell means that your smartphone automatically uses Near Field Communication (NFC) to make safe purchases.

We mentioned above that there is $50 credits up for grabs if you pre-order now, $10 will be instant credit on your Google Wallet account and the other $40 will come within 3 weeks.

For more information please visit BriefMobile for the full press release, or if you are happy to pre-order now please hit the Sprint shop link above. 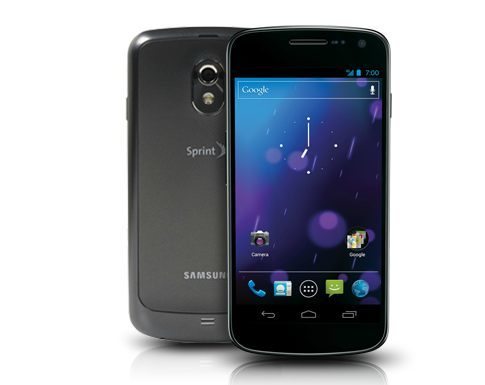