The Windows Phone platform still has a long way to go to catch up with rival offerings from Android and Apple, but many consumers that have taken the plunge with a Windows Phone device have been pretty pleased so far. Acer who are probably better known for their note book offerings are being tipped to release the W11 WP8 phone in October.

According to an article over at WP Central via Acer Club, the company is reportedly working on a Windows Phone 8 handset that will feature a sliding QWERTY keyboard. Although there is a lack of evidence of the information, the device will be simply called the W11 and could be an entry level offering.

Sources are claiming that the device is pencilled in for an October 2012 release following an official announcement coming in September. If the rumours are indeed true the device will join the likes of the LG Quantum, Dell Venue Pro, and the Sprint HTC Arrive as the select few Windows Phone sliders already available.

Acer previously produced the M900 that was a Windows Mobile phone that come with a sliding QWERTY keyboard, and they currently have the Allegro available so the company does already know how to make a slider. The device could easily be another model in the Allegro range but there has also been talk of lower-end dual core devices arriving on the Windows Phone platform that are due to arrive.

The October release would also coincide with the expected release of Windows Phone 8, which is often referred to as Apollo, but it has to be remembered this is only a rumour so the usual pinch of salt has to be used.

Are you a fan of handsets with slide out QWERTY keyboards? Do you currently use one? 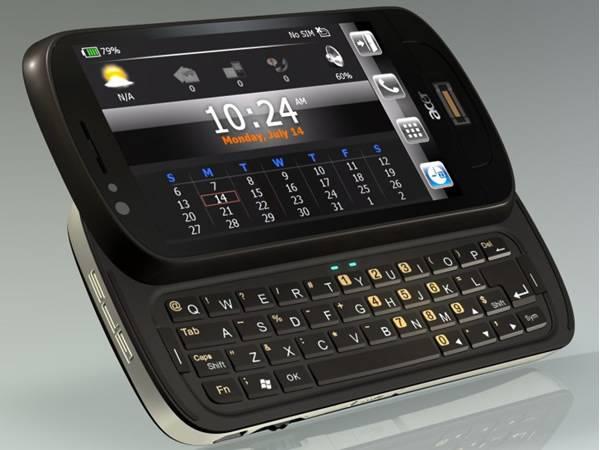