Apple keep a pretty tight ship with regards to applications it allows onto its App Store, especially with those that would interfere with the iPhones stock settings, but that has all changed following the release of an app that allows users to change the iPhone Bluetooth setting via the home screen.

The company has approved the useful application that is called Bluetooth OnOff, which as iMore are reporting is an interesting development in the way Apple approves apps for its flagship product. The application is simple to use as once users have installed it onto their iPhone they are provided with an icon on the devices home screen.

Once tapped a screen appears with a Bluetooth toggle switch that then allows users to switch Bluetooth on, or if it is already on you have the option of switching it off. A better way of using the application though is to go into the apps settings and set the OnOff switch to on, which will then enable users to switch between Bluetooth on or off directly from the home screen with only one simple tap of the application icon.

When iOS 5 was first launched other similar shortcuts became very popular such as the Safari Bookmarklets that allowed users to add a variety of on/off settings to their home screen, but this was taken away by Apple with the release of iOS 5.1.

It is not known if Apple has let this app slip through the net or whether it is a change of policy by the company, and at the time of writing the app was still available. Once we finally see iOS 6 the company may finally address the problem or maybe we may begin to see more similar applications approved for other settings as well. 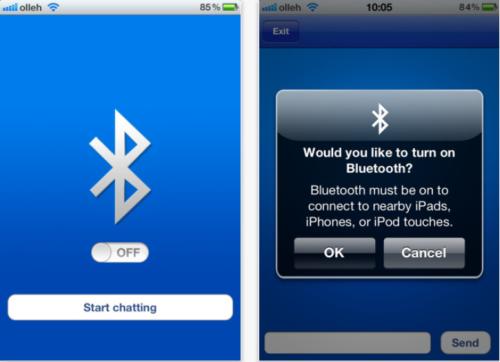