The Samsung Galaxy Beam has decent enough specs but the highlight is undoubtedly its 15 lumens projector, which enables transfer of multimedia content from the handset onto a large surface such as as wall or ceiling with images up to 50-inches. Other specs and features include a 1GHz dual-core processor, 4-inch LCD display with resolution of 800×480, 768MB of RAM, 8GB of internal storage and microSD slot for up to 32GB, 5-megapixel rear camera and 1.3-megapixel front facing camera.

There’s also a 2000mAh battery, microUSB port, Bluetooth 3.0, WiFi 802.11 b/g/n and GPS and it all runs on Android’s 2.3 Gingerbread OS, which will hopefully receive an upgrade to 4.0 ICS at some point. The built-in projector adds a little to the bulk of this smartphone so the Galaxy Beam is a sturdy 12.5mm. However Samsung has managed to keep the weight down as it weighs in at 145.3g, only a little more than the current iPhone.

News that the Galaxy Beam is now available to pre-order came to us from ITProPortal although there is no release date available just yet. Pre-orders are available through Expansys here at a Sim-Free price of Â£429.99. If you want to see the Galaxy Beam more closely then check out the video below this story for a hands-on look.

What are your thoughts on the Galaxy Beam with its built-in projector? Do you think this is ideal for you or maybe you think it’s a bit of a gimmick? Let us know with your comments. 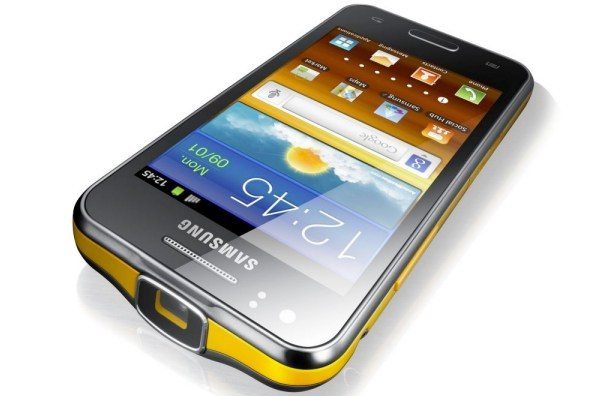