Over that last year or so music streaming genius Spotify has grown hugely in size, which last summer saw major expansion by launching in the US. The service is also now available via social networking sites such as Facebook and Twitter, and today we have news of a Spotify for Android update that includes a preview before release.

We were contacted by the team at Spotify and given details of what’s coming in the update, and the application is getting a complete overhaul. The new application will offer full support for Android Ice Cream Sandwich and there is an all new slide out navigation feature. There is more social media integration as users will be able to look at friends profile pages and playlists while on the move.

Artist imagery will now be provided in high resolution, and for the first time in the app users will be provided with related artist views, and the app is promised to work much faster than before. The team are busy working hard on adding more features before it’s officially released that include folders and Last FM scrobbling.

To get a preview of the all new Android Spotify app you first have to set your handset to allow installation from ‘Unknown Sources’, this is done by going to Settings> Applications>Unknown sources menu, and then click on the button below on your handset to get the update that can be downloaded here via your phone.

The added social features of the app are apparent as soon as you land on the ‘What’s New Section’ as instead of just seeing new album releases the preview provides you with album recommendations and top playlists and tracks from your friends with new album releases found at the bottom.

These are now shown in a horizontal thumbnail strip, and tapping on an album brings up a new page with album art, track lists, and release date instead of the current pop up window overlay. So far the app looks a lot fresher and user friendly so have a look yourself and tell us what you think. 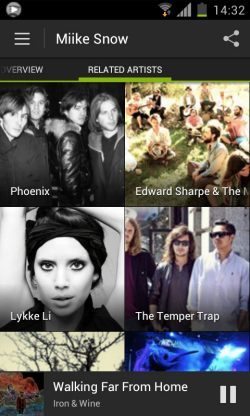 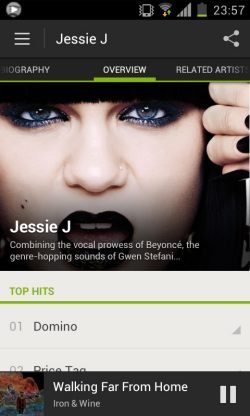