As well as bringing readers all the latest news about smartphones and other mobile devices we also like to give information on the latest apps available. Today we have news on a new iOS app, FaceVault, which seems to copycat an idea from Android’s ICS operating system.

Face unlock or face recognition was first seen on Android ICS (Android Ice Cream Sandwich) smartphones, but the App Store now shows the new FaceVault app, which may amuse some people considering the usual competition between the iOS and Android platforms. Maybe Apple should release face recognition to unlock for new iPhones and we’re now wondering if we might see this on the iPhone 5 or within the iOS 6 update, as has been rumored previously.

The FaceVault app is compatible with the following iOS devices running iOS 5.0 or later — iPhone 4, iPhone 4S, iPod touch (4th gen), iPad 2 Wi-Fi, iPad 2 Wi-Fi + 3G, iPad (3rd gen) and iPad Wi-Fi + 4G. The app is price at $0.99 and the description bills it as “the coolest private photo locker with TRUE FACE RECOGNITION.” You can download it at this iTunes link. The app’s many features include the use of biometric face recognition to identify the owner, the option to choose between FaceRecognition or Pattern (for example in low-light conditions) and a log in archive to alert you if somebody else has tried to break in to the app.

The app also offers the ability to organize photos into albums, provides a transparent interface for looking at your photos, has multitouch control such as zoom, swipe and rotate, and can import or export photos from or to Camera Roll. It also features full Retina Display support. The app description does include a caution that somebody who looks similar to you may be able to unlock the app but we imagine there will be plenty of iOS device owners wanting to try out this new app.

If you want to see more about the iOS FaceVault app then check out the video that we’ve embedded below this story for a closer look. It will be interesting to see if Apple will indeed bring built-in face unlock to the iPhone 5 and we’ll be keeping a close eye on future developments in that respect.

What are your thoughts on the FaceVault iOS app? Are you heading straight to download this app? Maybe you’ve already tried it and could recommend it, or not, to our readers by sending your comments? 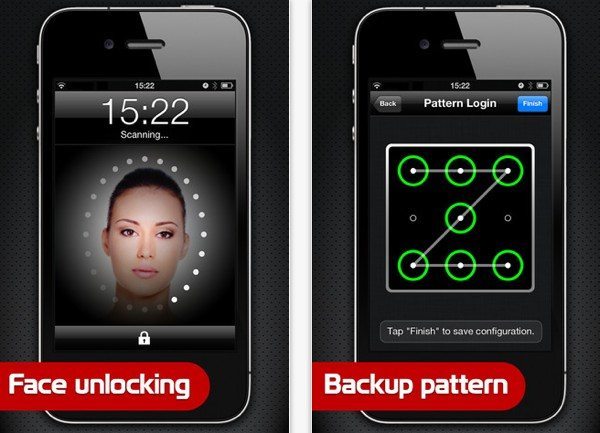