As the hype surrounding the Samsung Galaxy S3 (S III) ramps up ahead of the unveiling event next week we continue to bring our readers all the latest news about this flagship device. For some time now we’ve been talking about the likelihood that the Galaxy S3 will feature an Exynox quad-core processor and today we can confirm that is the case, as announced by Samsung.

We’ve lost count on how many specs and features have been rumored for the Galaxy S3 but we know how many of you are keen to follow every development about this much-awaited smartphone so have kept you up to date with rumors and leaks. One of the most widely talked about and reported rumors regarded the possibility of an Exynos quad-core processor and this also seemed one of the most likely additions. In fact we feel that many would be highly disappointed if a quad-core chip for the S3 wasn’t in evidence.

The good news, brought to our attention by Engadget, finally makes the quad-core application processor official for the Galaxy S3. In fact we can tell you that it’s an Exynos 4 Quad 1.4GHz processor that has been adapted for the Galaxy S3. Samsung has issued a press release saying this processor is scheduled for the next Galaxy smartphone being announced in May and also says that this 32nm 1.4GHz quad-core processor has double its predecessor’s (the 45nm Exynos 4 Dual) processing power due to High-K Metal Gate low-power technology. This provides net energy savings of around 20%.

The Exynos 4 Quad is unlikely to be confined to Samsung phones either as the company is touting its wares to other makers such as Meizu. Because the Exynos 4 Quad is compatible with the Exynos 4 Dual, it will also enable revamped device designs at minimal cost and without further engineering. Other benefits from the Exynos 4 Quad processor include a full HD 30fps video hardware codec engine for 1080p video capture and playback, an embedded image signal processor interface and also an HDMI 4.1 interface for excellent multimedia content transmission.

More information on the Exynos processor can be found at the Samsung Hub here. We reckon confirmation of the quad-core chip for the Galaxy S3 will please an awful lot of people. Other features and specs rumored for the handset are a larger Super AMOLED Plus HD display, LTE connectivity, 10 or 12-megapixel camera, 2GB of RAM and Android 4.0 ICS although as yet none of this has been confirmed. However there’s not too much longer to wait until the May 3rd Samsung Unpacked event in London when we will finally find out all the official info.

We shall of course be following all of the developments in the run up to the unveiling event and afterwards so check back with us for more on the Galaxy S3. Are you one of the many that are waiting for the Galaxy S3 and delighted at the quad-core processor confirmation? Would it have been a deal breaker for you if the Galaxy S3 had stuck to dual-core? Let us know with your comments. 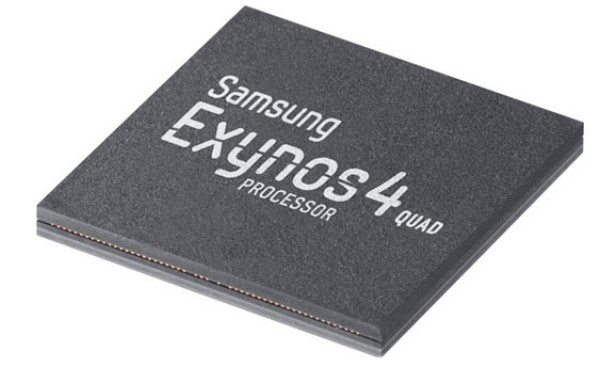