The big reveal of the Samsung Galaxy S3 (S III) Android smartphone has finally taken place and we’ve been bringing all the news on this new impressive flagship device. Earlier today we told how we felt sure Apple would be following the official announcement of the Galaxy S3 to get some idea of whether it could be a threat to the iPhone 5 and on first impressions we’d say that Samsung has come up with a notable new smartphone.

We’ve already given full official specs for the S3, a hands-on look with video and news on accessories so check those out for further details but as a brief recap we can tell you that at least one variant will feature an Exynos quad-core process, it has a 4.8-inch HD Super AMOLED display, 8-megapixel rear camera with 1080p HD video capture, 1.9-megapixel front-facing camera, 16 or 32GB of internal storage that can be expanded to 64GB via microSD, NFC and it all runs on Android 4.0 Ice Cream Sandwich overlaid with Touchwiz. Samsung has put a lot of emphasis on the software aspects of the S3 too and it certainly looks as though this phone has a lot to offer.

The US variant/s will feature 4G LTE connectivity and it looks as though it will feature a Snapdragon dual-core processor instead. Our first thoughts on hearing all of the details on the Galaxy S3 were that many people’s wish lists had been fulfilled as pretty much everything that had been rumored actually appeared on the finished article (except most imagined a 10 or 12-megapixel rear camera). The Galaxy S3 will hit the European markets in late May though won’t be released until later in the summer for the US and the handset will be available in either Pebble Blue or Marble White.

This means that the Galaxy S3 will be launched in some regions ahead of Apple’s WWDC in June so it will certainly get a head start on sales and could win over some iOS enthusiasts who don’t want to wait longer for the iPhone 5. The release date for the iPhone 5 is still unknown and though some feel it may be shown at WWDC with a release in the summer, others think it’s more likely to arrive in the fall.

Assuming that Apple has followed the announcement of the Galaxy S3 we’d imagine that while the giant company may not be exactly quaking in its boots it will certainly have realized that the Galaxy S3 is a real rival to the iPhone 5. The iPhone 5 is expected to feature an A5X or A6 processor, higher-resolution display, a larger screen, and possibly LTE connectivity but of course none of this is yet confirmed. Only those at Apple already know if the company really has cause to worry about the Samsung Galaxy S3, as only they know what cutting edge specs (or not) will be featured on the next iPhone.

The Galaxy S3 is now official and based on what we’ve seen and heard so far it seems as though Samsung is on a clear charge for success and we can’t wait to see what Apple comes up with for the new iPhone to alleviate that threat. Between Apple and Samsung it’s certainly beginning to look as though there’s not too much room for other hopeful rivals and based on sales of both flagship predecessors, the Galaxy S2 and iPhone 4S, both of the upcoming phones are set to fly off the shelves.

We always appreciate comments from our readers and would like to hear your thoughts on the Galaxy S3 and what has been revealed today. Do you see the Galaxy S3 as a real threat to the iPhone 5? Which do you think will eventually achieve the most sales? 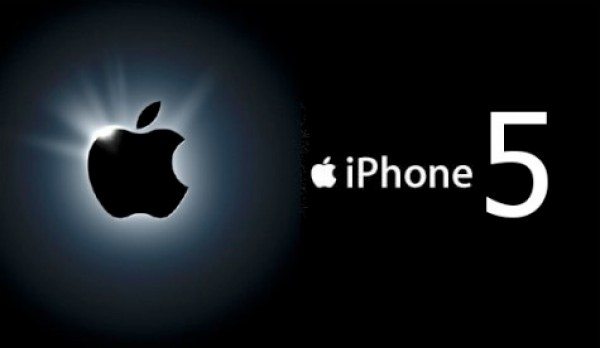