While owners of the Samsung Galaxy S II continue to wait for the Android Ice Cream Sandwich update in the US, we now have news of the T-Mobile HTC Sensation 4G and Amaze 4G and the Android 4.0 ICS update that gets dated.

As we reported earlier today owners of the Galaxy S2 tied to a network are still waiting for the illustrious ICS OS to land on their handsets, but as TmoNews are reporting T-Mobile have announced that owners of the HTC Sensation 4G only have to wait until May16th to get the download via HTC. The carrier has also revealed that owners of the HTC Amaze 4G will also get Android ICS in the coming weeks, and that no steps are necessary to receive it.

Users can download Android 4.0 on their Sensation 4G before following the software update steps to get Android 4.0.3, but after the update the handset will need to add the Wi-Fi mobile Hotspot feature to use the service. Both handsets will be getting the same new features and improvements that includes the likes of system bar enhancements to easily view recent apps, face unlock, data usage controls, improved battery life, re-sizeable widgets, lock screen actions including pull down notifications and adjust volume while device is locked, and HTC Sense 3.6.

Other improvements to the operating system include an improved menu structure and text input and spell checking. Meanwhile it is believed that the delay with the T-Mobile Galaxy S II update is being put down to a kernel issue, and the software has been resubmitted to T-Mobile for approval so it will hopefully be pushed out soon. Normally approval turnaround times are around thirty days but it isn’t known when the software was resubmitted to T-Mobile.

Do you own one of the handsets down for Android ICS? 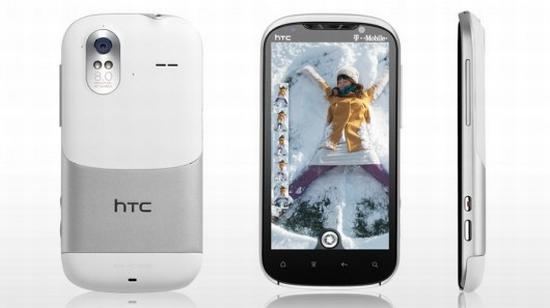