HTC handsets have been the subject of checks by US Custom officials recently that has resulted in the hardware being held up, and not getting out to consumers hands, but today we have news that the HTC EVO 4G LTE gets a shipping date at last.

It has been announced that the EVO 4G LTE has finally been given the all clear by the International Trade Commission, and will now be released by US Customs, and according to the Android Community the smartphone will finally start being shipped in two days time on May 24th. While the HTC EVO 4G LTE has got the go ahead there is still no news on the AT&T HTC One X, and this comes after the company announced that it was confident its hardware would soon be cleared.

Considering that the EVO 4G LTE has got the go ahead by officials there should be a good chance that the One X will also be cleared to be pushed into retailers channels for sale. It would be surprising if HTC decided to alter the software on one handset and not the other.

To recap the holdup stems from a successful patent suit by Apple that prevented HTC from using certain types of contextual links for its dialler and email apps. HTC may have been successful getting these handsets released out of customs to start being delivered to retailers and networks in the US, but the company will face its hardware being stopped by the International Trade Commission whenever it releases a new device in the country.

This could mean some last minute delays like we have seen with the EVO 4G LTE, which was originally down for release last Friday. Carriers may in future compensate for any delay with their launch schedules going forward, and for those that have already pre-ordered the EVO will see the handset shipping on Thursday with stock in retail outlets by Monday at the latest.

Have you pre-ordered a HTC EVO 4G LTE? 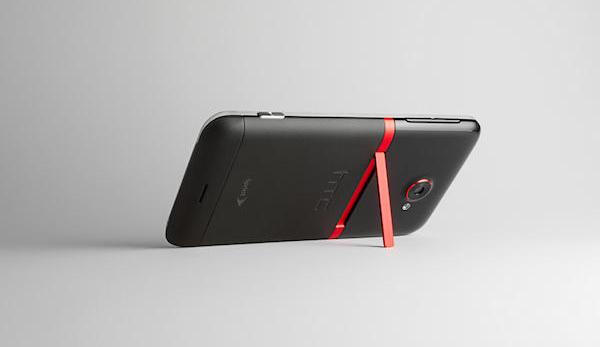