The Samsung Galaxy S3 (or S III) is definitely the hottest smartphone of the moment with a launch in some regions only days away now. However release dates for the U.S. have been rumored but never confirmed and now it seems there’s mounting confusion over release dates and also color availability everywhere.

The Galaxy S3 release date for the UK and the rest of Europe is May 29 and the latest news suggests that this is still unaltered although whether there will be plenty of stock of both color options (Blue or White) now seems to be in question. As for the much-awaited US release date this has been rumored varyingly from June 1, the first week of June, sometime in June or as Samsung itself said, sometime in the summer. Now this is where it starts to get confusing so please bear with me.

Yesterday we told how a leaked screenshot about a release in Canada showed June 20 as the big date, suggesting that the US may see it at the same time. Further news today seems to back up the June 20 release date for the US, where it looks likely to be released on all four of the major carriers. TMO News tells of leaked info passed to them regarding T-Mobile US release dates in which the Galaxy S3 16GB and 32GB Blue versions will be launched on June 20. However the Galaxy S3 16GB White version has a release date listed of July 11, seemingly suggesting shortages of the white model. Interestingly the list doesn’t mention the 32GB White version at all.

The plot thickens though as a further report, this time from Engadget, sourced from XDA Developers, says that the Pebble Blue version will be in short supply and so its release may be delayed in some regions. The report tells how potential customers in some regions have been warned that the blue option will not be available on launch, with only the Marble White option available. Regions affected are apparently mainly in the Nordic countries, but also Asia-Pacific, Europe and the Persian Gulf states but of course if there are problems there it is also likely to affect the North America launch. There is speculation that there has been some problem in the production of the blue plastic backplates and that it’s this that has caused shortages.

As you can see then, the news from these two sources is completely contradictory with one suggesting the white versions will be in short supply and the other pointing to limited amounts of the blue Galaxy S3. Confusing stuff and it becomes even more bewildering if we remind you that the other day we told how the Galaxy S3 had already gone on sale early in Dubai but that only white versions were available! As for what this does for release dates it leaves everything completely in the air. Although we imagine the launch for the UK and Europe will remain the same, even if only one color option is available, it does leave the possible June 20 release date for the US and Canada in question, and remember this was only a leaked release date and not confirmed.

It seems then that the only news we can really believe right now is that there may be shortages of one color, or both and that those shortages could affect the release dates in the US and other regions, or not! That about sums it up, so you can see why we describe this as mounting confusion. We’d like to hear your thoughts on all this.

Are you a potential Galaxy S3 owner waiting for the release of this long-anticipated Android smartphone? If you’ve been informed that the Galaxy S3 will only be available to you in one color option at present then please let us know and remember to tell us your location please. If you’re in the US are you worried that this whole saga could delay a release there? Let us know with your comments. 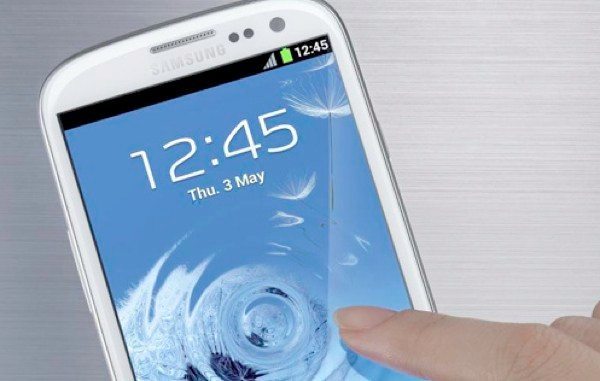