Blackberry Curve 9380 in the competitive market

Over the last few years Blackberry has been indefatigable in the manufacture and release of new mobile phone models, producing well over two dozen during that period. This rate of production demonstrates just how competitive the market for mobile devices is and how hard the top companies are having to work just to keep up to date with their rivals and maintain their position in the sector.

This is obviously fantastic news for the consumer as it means that there is a constant stream of innovation and a wide range of choices when it comes to mobile devices.

One of Blackberry’s choice of mobiles is the Curve range, with the latest upgrade to these models being the Blackberry Curve 9380. This is the first phone in the Curve line to have a touch screen, a feature Blackberry was somewhat resistant to for a long time, but has also now unveiled for its flagship Bold range of phones as well.

However when it comes to this feature on the Curve 9380 Blackberry has taken a radically different approach, by completely abandoning the keypad and replacing it with a full length screen display of 360 x 480 and 3.2 inches, which gives it an external appearance closer to that of the Torch 9860 also produced by Blackberry. However the internal workings of the phone put it closer to previous Curve models.

These include a processor with 806MHz capability, with RAM of 512MB. In terms of other specs the Blackberry Curve 9380 is pretty similar to the previous version — the 9360 — as both have a camera with 5MP, LED flash and VGA video recording features, Bluetooth 2.1, GPS support and Wi-Fi. The phone is also roughly the same weight and size as the previous Blackberry Curve model, with just 1g of weight difference and 0.2 mm depth variance. This makes it a lot lighter than the average smartphone, but despite this the body is not cheap and should prove resilient. 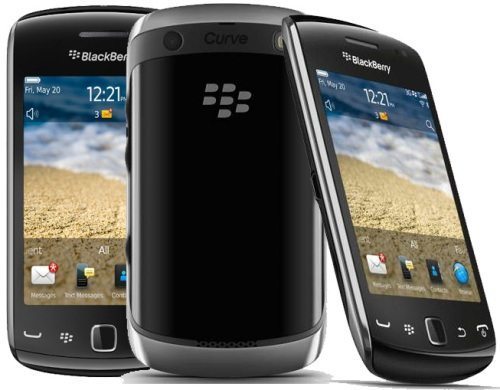