We’ve been as excited as anyone about the Samsung Galaxy S3, and we were lucky enough to steal a precious hour with the in-demand device after its launch on 3 May. Competition was ferocious — one of our video guys actually lost an eyebrow, but we soldiered on and brought you a brief outline of the S III’s key features in our mini road test.

But an hour is far from enough to mull over the impressive spec list and have a play with the cool new features crammed inside, so we arranged to have a proper sit down with it and picked the Samsung flagship apart to find out if the much-vaunted smartphone really is all it’s cracked up to be.

With a specification list bigger than Bigfoot’s, er, foot, wading through each one is no mean feat. But we’ve put in the hard yards to cover just about everything worth knowing about the Samsung Galaxy S III, from the impressive 4.8-inch Super AMOLED HD display, right down to the nifty little software touches like Smart Stay – a power saving trick which uses the front-facing camera and shuts off the screen if you’re no longer looking at it.

Most notable is the emergence of S-Voice, Samsung’s answer to Siri and a future major player in the world of voice operated digital assistants. Capable of writing text messages, searching the web and unlocking the device, S-Voice gives the Galaxy S III an edge over the Android competition and proves capable of sophisticated and detailed tasks.

But that’s enough spoilers from us – have a watch of Phones 4u full video review to find out what they really thought of the ultra-hyped Samsung Galaxy S III, and whether it meets expectations or falls flat at the final hurdle. 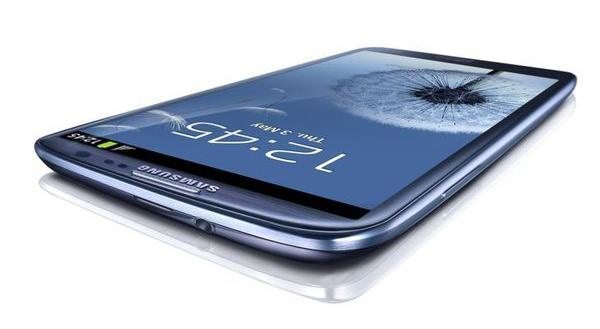