The Samsung Galaxy S3 (S III) smartphone has finally hit the shelves in the UK and other parts of Europe although other regions such as the US are still itching to get their hands on this flagship Android device. Today we have some news about Gorilla Glass 2 being used for the Galaxy S3 and also news about an official Samsung firmware update for the SGS3 and SGS2 based on ICS.

The specs of the Galaxy S3 have already impressed many people and now Samsung has confirmed its use of Corning Gorilla Glass 2 for the handset. This will please a ton of people as Gorilla Glass is a high-end feature that offers both scratch resistance and toughness. When Samsung’s Galaxy Nexus was released there was some disappointment that it didn’t use Gorilla Glass and seemingly Samsung has taken that on board for the Galaxy S3.

Gotta Be Mobile, sourced from the Sammy Hub, tells of a statement released by Samsung confirming Gorilla Glass 2 on the Galaxy S3 saying that it has used the newest Gorilla Glass on the device to offer “a superior touch experience and a lightweight and slim design, with the damage and scratch resistance consumers have come to expect.” The latest version of Gorilla Glass is as tough and protective as its predecessor but is now 20% thinner, ideal for a slimmer device or giving room for a battery with more capacity. It also enhances touch sensitivity and improves screen clarity.

Although the Galaxy S3 has been highly praised one of the only criticisms regarding it has been its design and complaints of its cheap feel. Although Samsung has used some polycarbonate on the S3 instead of standard plastic, this is still seen as an area that Samsung could improve on so it’s good to know that the high-quality Gorilla Glass 2 has at least been used.

In further news about the Galaxy S3 we can tell you that Samsung has now released an official firmware update for it. A firmware build (I9300XXALE8) was previously leaked but this official build is I9300XXALE9. At this point we’re not sure what the changes are between the two but we do know that the latest firmware is based on Android 4.0 Ice Cream Sandwich and is carrier unbranded. As you would expect, Samsung’s TouchWiz UI is also present.

Also the Galaxy S2 I9100G (TI OMAP variant) gets in on the action with official ICS firmware build I9100GXXLPQ. This news was brought to us by XDA-Developers, posted from Faryabb and originating from SamMobile. Instructions for flashing firmware and links for downloading the SGS3 ROM and SGS2 update are available at the XDA link above.

There’s still plenty of news coming in about the Galaxy S3 then and we shall continue to bring you further news and developments about this much-awaited smartphone. If you have any thoughts to share with us then send us your comments. Are you pleased to hear about the inclusion of Gorilla Glass 2 on the SGS3? Maybe you’re intending to make use of the official firmware updates? 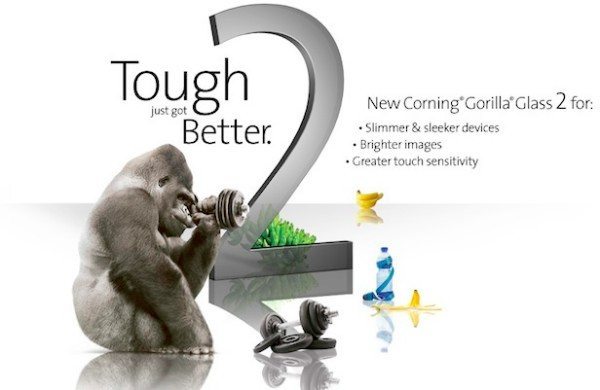