With the advancement in mobile technology with smartphones and tablet PCs in recent years has seen an increase in mobile gaming away from dedicated consoles. Today we have news of Android tablet gaming with Nyko NVIDIA PlayPad Pro.

Android is still a little way behind other platforms with regards to gaming but luckily we are seeing more powerful devices with better displays being made available, and according to The Droid Guy the limitations of playing quality games on a touchscreen device will soon be over thanks to a new game controller from Nyko.

The PlayPad is a gaming accessory not thought to be included with a smartphone or tablet PC due to the portability, but they have been designed to work with the Android operating system. Nyko has partnered with chip maker Nvidia to create the PlayPad, and Nyko is a Los Angeles based company that has been working on gaming accessories for more than fifteen years now.

These new Android gaming controllers are thought to be coming during the fall and will feature full support along with special customization for devices such as smartphones and tablet PCs that use Nvidia Tegra chips.

There will be two versions of the controllers that are the PlayPad Pro which is a full sized accessory that promises the user a ‘home gaming experience’, and features two analogue sticks, face buttons, D-Pad with shoulder bumpers and triggers. The other accessory will be called the PlayPad that has been designed for portability but still comes with two analogue sliders, a collapsible tablet stand, and a carry case.

It is not known how much the PlayPad will weigh or how much it will cost but the official images show the device is pretty slick, and to use the PlayPad controllers you will need to have a device running Android 3.0 Honeycomb or later. 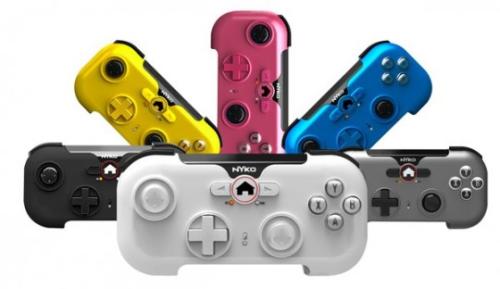