LG Optimus 4X HD on schedule but what’s the surprise?

We’ve been bringing readers plenty of news about the LG Optimus 4X HD and this Android smartphone looks set to impress many. We already informed you that a release was due for Europe in June and that looks set to be right on schedule but some intriguing news today is that LG is set to surprise us with the launch and you can’t blame us for wondering what on earth is going to happen.

It seems that the European release will come first to the UK, Germany, Italy, the Netherlands and Sweden with 6 more countries to follow and the press release tells of a “major surprise” although doesn’t clarify whether this is about the launch or the device itself. What we can tell you is that the LG Optimus 4X HD looks to be a very notable handset with an NVIDIA 1.5GHz Tegra 3 quad-core processor and the latest Android 4.0 Ice Cream Sandwich. It also has a large 4.7-inch True HD IPS LCD display that could have you drooling.

Other specs and features include 1GB of RAM, 16GB of internal memory, an 8-megapixel rear camera along with 1080p video capture with a 1.3-megapixel front-facing camera and a 2150mAh battery. It’s also a beautiful looking phone and slim at only 8.9mm thick and although many are viewing the Galaxy S3 as the must-have Android smartphone of the moment, the Optimus 4X HD has plenty to offer.

None of that answers the question though of the major surprise that LG apparently has up its sleeve for the European launch, brought to our attention by Engadget. You can see a translation of the LG press release here. We’d like to know if you’re waiting for the LG Optimus 4X HD? Why not have a guess at what the big surprise is that LG has in store by sending your comments to us. 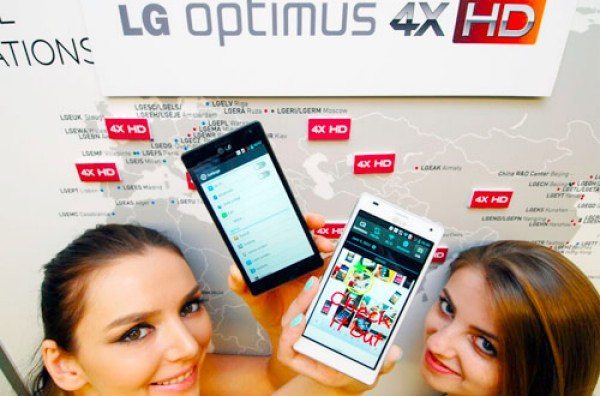 3 thoughts on “LG Optimus 4X HD on schedule but what’s the surprise?”