What new iOS 6 could look like with cool concept

All eyes and ears are well and truly open at the moment ahead of Apple’s WWDC which begins tomorrow, Monday June 11, and the keynote speech. We are expecting the focus of the event to be about software rather than hardware and one thing that seems pretty evident is that details of iOS 6 will be revealed. While we wait though, a concept video of how Apple’s iOS could look has come to our attention that we’d like to share with you.

Plenty of us are excited about Apple’s next major mobile operating system and we’ve been keeping readers informed with all the developments and leaks regarding what we expect to see for iOS 6. Just in recent days we’ve told of WWDC banners going up showing iOS 6 (to remove any further doubt that it will be featuring), a beta look and also rounded up our ultimate iOS 6 features wish list. Hopefully we’ll be able to tell you much more tomorrow but until then this concept iOS is certainly worth a look.

It came to our attention from Mac Stories and the concept itself comes from designer Joost van der Ree whose blog you can see here. He has obviously thought in-depth about possible features and come up with some great ideas to give us all a glimpse of what the iOS 6 interface could look like. Just a few of the imaginings include a Notification Center hidden behind the home screen and Dynamic Icon Badges to pull down and see notifications. There’s also Mission Control, shown by swiping up from the bottom of the display to browse through app history and Flipcons.

Although we don’t expect all of these ideas to come to the genuine iOS 6 it’s not beyond the realms of possibility that they may appear further down the line. As a reminder if you want to follow the WWDC keynote tomorrow we have details of live blogs and also world times at the links and do remember that we shall be following the event and bringing all the news. Take a look at the video of the iOS concept below this story and tell us what you think about any of the features included in it. Is there an idea there you’d particularly like to see on iOS 6? What are your hopes for the true iOS 6 that we hope to see unveiled within the next few days? Let us know with your comments. 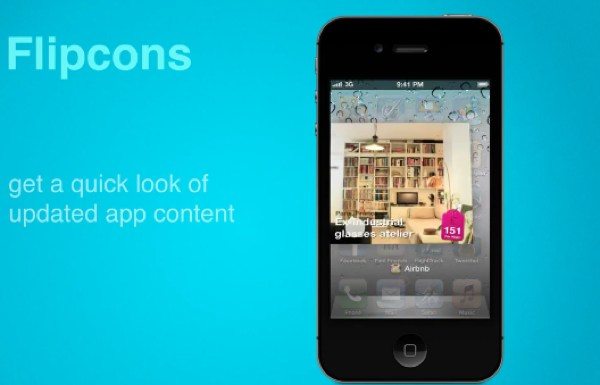