Apple has just announced the new Apple operating system at WWDC 2012 tonight, and the good news is that iOS 6 Facebook integration is even deeper than Twitter was in iOS 5, good news so far.

You can now share to Facebook from core apps such as Safari, Maps and Photos, the bit we like the most is that you can use Siri to make certain commands, there is even a brand new public API for Facebook where other apps can do the same.

This means that the App Store will get its own sharing of integration as well as app recommendations on what friends are using according to Engadget who was at the keynote this evening. Contact syncing is another cool feature, which lines up you social networking experience. Just so everyone knows, Facebook integration is coming to all Macs as well.

Whilst on the iOS 6 subject, this new operating system will be getting a new feature called “Do Not Disturb”; this was first seen on Mountain Lion last month. This is a simple addition where when activated your push notifications will mute automatically as well as the screen will not lighting up.

There will be a new white list option for users and this allows any user not to miss a very important call, if you get a call more than once the call will automatically be allowed to come through. We will bring you much more information on all the above as the night goes on, so please stay with us. 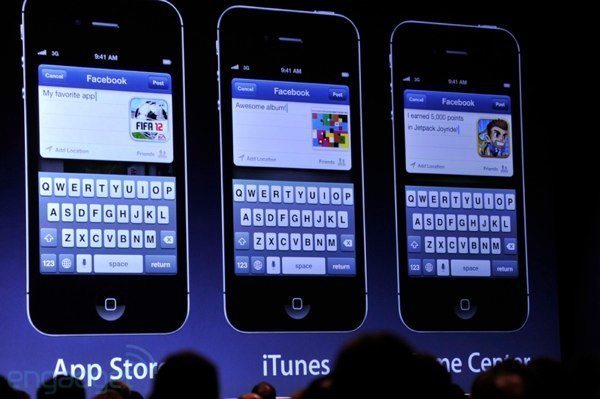