Over a year ago Amazon launched its own Appstore offering Android applications to users in both the paid for and free variety, but unfortunately it has only been available in the US. Today though we have news that the Amazon Appstore will be reaching Europe soon and the Kindle Fire may follow.

According to All Things D the online retailer is getting close to launching its Appstore later this summer in Europe sources familiar with the matter are claiming. Currently timing is a little vague but the company is expected to announce the news officially next week, and will begin accepting submissions from developers soon.

The Amazon offering is similar to Google Play and Apple’s App Store as it allows consumers to use a virtual store and download mobile applications to Android smartphones and tablets. Once it is launched the Appstore will most likely work on most Android devices in the region, and the announcement could mean that the retailer is gearing up to sell the Kindle Fire internationally.

Amazon’s Kindle Fire has only been available in the US so far but sales of the device seem to be declining now, so releasing it in more regions makes sense. Only last month research hinted that Kindle Fire shipments had dropped from 4.8 million units during the fourth quarter of 2011, to under 750,000 units in the last quarter.

A survey taken in North America found that only eight percent of respondents were interested in getting the Kindle Fire in the next ninety days, but Amazon themselves don’t reveal sales figures for the Kindle. The retailer has specific sites in six European countries that include Austria, UK, Germany, France, Spain, and Italy so these markets could provide a huge number of new customers.

New hardware sales would also provide the opportunity for extra application sales, but it’s not clear how quickly Amazon could release the Kindle Fire internationally as it will need to agree licensing deals for each country with owners of content to allow its music and video services to work.

Will you be interested in getting the Amazon Kindle Fire? 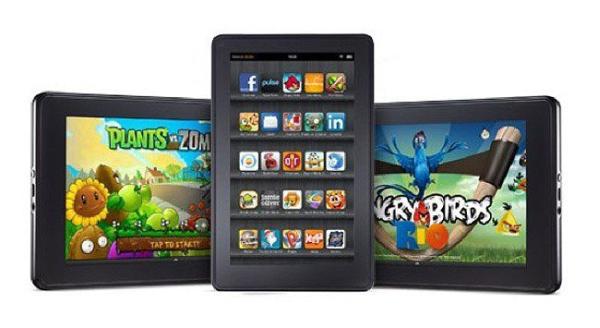