iPhone 5 release may be the turning point for Apple

As expected the Apple keynote speech on Monday at the WWDC event didn’t bring any information about the next version of the iPhone, and now the waiting and speculation will continue until the expected fall release for the handset, but the iPhone 5 may be the turning point for Apple as the competition gets fiercer.

Even though the iPhone 5 wasn’t expected there were some that were a little disappointed not to see a new handset showcased at the event, and this came after the iPhone 4S was also felt a bit of a let down by some iPhone fans as the device was basically an upgraded handset from the previous year’s offering.

In the meantime the Android platform continues to go from strength to strength with a number of high end smartphones becoming available to consumers. These devices now have stunning displays that vary in size but are a lot larger than what the iPhone currently offers, and are ideal for the way we use our smartphones now.

When the original iPhone was released back in 2007 it was at the time innovative and gave the smartphone market the kick it needed, and brought us to where we are today with some stunning handsets available. Trouble is the competition has now caught up with the iPhone and arguably overtaken it by quite a distance.

There are a number of our readers that are long time iPhone users but are waiting to see what the iPhone 5 is like when it is released before deciding to switch allegiance to Android, which before would have been unheard of. Many want a larger display and a number of rumours have hinted that the next handset will be taller and create a screen around 4-inches across.

If Apple again leaves many of its fans disappointed with the next iPhone many of them may try Android or the emerging Windows Phone platform, which looks set to increase the competition with Windows Phone 8 later this year. The handset will obviously sell well but may not reach the record sales figures it has seen with the last two releases.

In the meantime some renders have appeared online that have been created by 3D illustrator Martin Urecht, and as SlashGear are reporting the images are based on all the leaks that have been seen in recent months.

It shows a device with a larger display with a couple of different docking solutions on the bottom. While the images are only renders the device looks the real deal and hopefully Apple will provide us something that looks at least as stunning later this year, which is believed to be in September.

Do you think Apple really needs to pull out something special with the iPhone 5 and are you thinking of switching platforms? 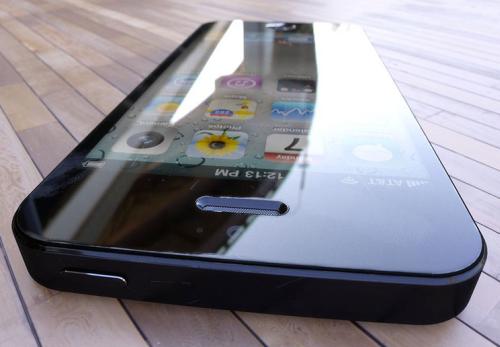