Readers after a new Android smartphone on Verizon could be in for a treat real soon if a new leak of a shipping box is anything to go by as it seems the LG Optimus LTE2 aka. the VS930 could be about to release stateside. When we first heard about the VS930 we thought this smartphone could have a lot of promise and soon afterwards we became aware that in fact was the LG Optimus LTE2.

News of the Optimus LTE2 was broken on the same day as Samsung’s big reveal of the Galaxy S3 last month, surely more than a coincidence as it could be a really credible rival. Especially with 2GB of RAM, something rumored for the Galaxy S3 but that failed to materialize. As well as a whopping 2GB of RAM the LG Optimus LTE2 for Verizon is likely to have a 1.5GHz Snapdragon S4 dual-core processor, 4.7-inch TrueHD IPS display, Android 4.0 ICS and a 2150mAh battery and it has been rumored for a U.S. release in the summer.

If you were as impressed as we were with early details on this smartphone you may well have been waiting for news on a release date for regions other than South Korea where it is already available. Although we still have no firm date for a Verizon launch it does seem that it may be very near to hitting the shelves according to a Droid-Life report. The site has published a photograph clearly showing what appears to be a shipping box marked LG-VS930, apparently with the device inside and with a USA destination.

This will be good news for those impressed with what they’ve heard so far about this smartphone and as well as the high-end specs it’s also a good looking device. Of course it’s still possible that by the time it hits the Verizon shelves it could have seen another name change so keep checking back with us for further developments

Does the LG Optimus LTE2 on Verizon sound like the kind of smartphone for you? If you were considering purchasing the Galaxy S3, is the Optimus LTE2 now also on your radar? Let us know with your comments.

UPDATE: Engadget has some shots of the LTE 2, now known as the LG VS930 on Verizon and also some extra specs such as 16GB of internal storage, NFC, global radio support and an 8-megapixel rear camera. However it looks as thoug hthe VS930 will have 1GB of RAM rather than the 2GB’s originally expected. There’s also a speculated release date of July 13 so it’s not too much longer until we find out if that is accurate. 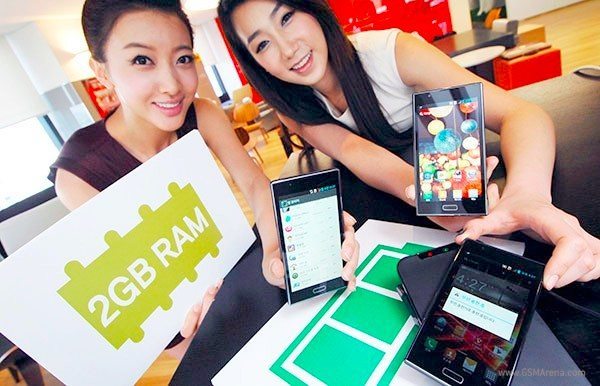