We see a constant stream of new smartphones being released that continue to push the boundaries with regards to specifications and features, but we also see some handsets that offer a sleek new look, and today we can tell you that the world’s thinnest smartphone, the Oppo Finder, has gone up for pre-order in China.

The title of being the world’s thinnest handset is changing all the time as it once belonged to the Motorola Droid RAZR at 7.1mm thick, and then the Huawei Ascend laid claim to the title at only 6.68mm thick, but now as Phone Arena are reporting the 6.65mm Oppo Finder has gone up for pre-order.

It may not hold the title for long though as the ZTE Athena will only measure 6.2mm when it is released, but for now the Oppo Finder that is only available in China for now can be pre-ordered here until June 24th and first shipments of the handset are believed to begin on July 1st. The Oppo Finder will cost 2,498 Yuan which is around $393 in the US.

For their money perspective owners will get the thin device sporting a 4.3 inch Super AMOLED Plus display powered by a 1.5GHz dual core processor. There is also 1GB of RAM and 16GB of on board storage coupled with an eight megapixel camera with a pair of LED flash units, which is also capable of 720p video capture.

Around the front is a 1.3 megapixel camera that is also capable of 720p video recording and the Oppo Finder will come running Android Ice Cream Sandwich straight from the box. It is not thought that the Oppo Finder will find its way over to the US and Europe though. Do you think smartphones are becoming too thin? 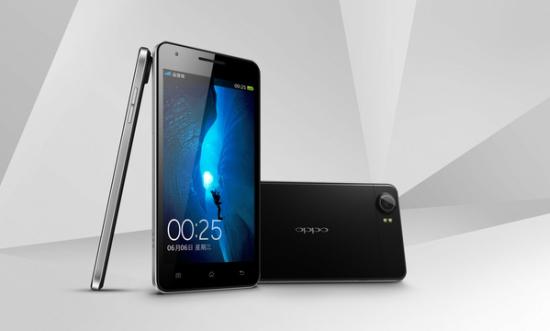