If you are one of the iOS faithful out there with an Apple iPad and use a stylus, you’ll know that the iPad doesn’t feature a home for any stylus, even when you sue the Apple Smart Cover there isn’t any place to house that stylus, so without a home you could easily lose your stylus. But that could soon change with a Kickstarter project called the Motive Stylus.

According to the guys over at Ubergizmo, the Motive Stylus kickstarter project offers a magnetic stylus that can be unrolled and stuck to the surface of the Apple Smart Cover on your Apple iPad.

The Motive Stylus is made of magnetic rods that can be rolled up or rolled open enabling the stylus to lay flat against the cover, and even looks to remain attached to the Apple Smart Cover when the cover is folded and used as a stand.

The Motive Stylus for the Apple iPad Smart Cover has six sides like a pencil, whilst materials where chosen to enhance the look and feel of the accessory, and are made of aerospace grade anodised aluminum, whilst the injected moulded parts are made of conductive polycarbonate, comes with two tips, and will be available in black, red, blue or silver.

The Motive Stylus is looking for funding of $85,000 before it can get off the ground, and currently has received backing pledges of $9,182 with 27-days to go, and we have a couple of videos showing off the Motive Stylus for the Smart Cover for your viewing pleasure below. So don’t forget to check them out, and if you wish to make a pledge to the project you can do so by hitting up Kickstarter. 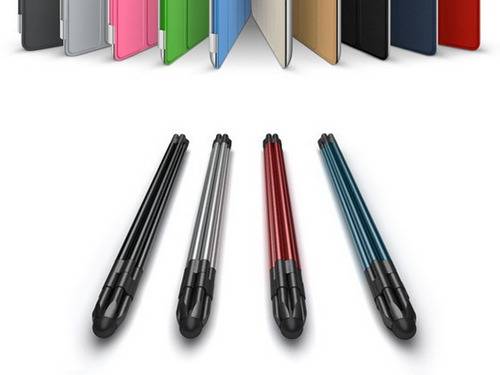 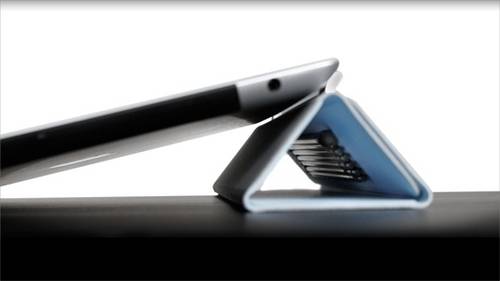