We enjoy keeping readers up-to-date with new apps, whether they be for practical use or for entertainment and today we have news of a new iOS app that looks as though it will be really popular, the Launch Center Pro app. You may have already heard of App Cubby’s Launch Center and Launch Center Pro is a follow on to that app.

This productivity app is still based on the same idea as App Cubby’s Launch Center that was released last year but with a vastly improved look and enables users to launch apps and carry out actions in iOS in a more effective way. Everyday tasks can be performed in a similar way to speed dial meaning fewer taps and just some of the features include creating shortcuts for calling and texting, launching apps, or being able to toggle device settings within the app and Group shortcuts looks to be especially useful

News of the Launch Center Pro app came to us from iDownload Blog and you can find the app at iTunes here currently priced at $2.99 although that’s an offer for a limited time. It’s compatible with iPhone 3GS, iPhone 4, iPhone 4S, iPod touch (3rd gen), iPod touch (4th gen) and iPad when running iOS 5.0 or later. A few examples of shortcuts are listed under the app description to give you an idea of how useful this app could be to you. Some of those include calling mom, messaging a friend, searching Twitter using Tweetbot, searching Yelp for local coffee shops, instantly triggering Instagram’s camera and more.

Launch Center Pro for iOS only came out yesterday but has already received some great reviews so could be one to check out. Will you be heading to the App Store to download Launch Center Pro? Maybe you’ve already used it and could tell us what you think? Send your comments to let us know. 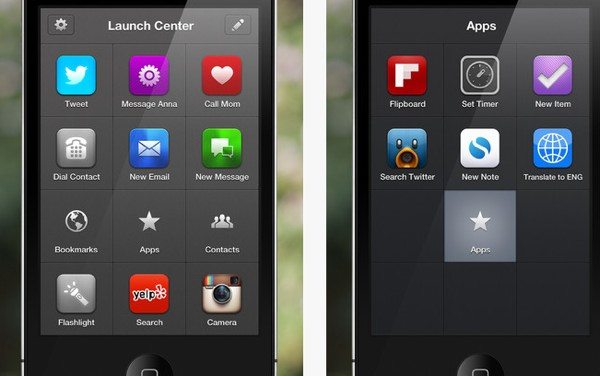