Galaxy S3 US launch focuses on features no other phone has

The Samsung Galaxy S3 (S III) Android smartphone was finally announced recently in a blaze of publicity and now the U.S. release is underway with the handset coming to AT&T, Verizon, Sprint, T-Mobile and more. The actual Samsung event to launch the Galaxy S3 in the US took place a few days ago and it was interesting to see that Samsung focused very much on 5 features of the phone that “no other phone has” rather than push the Google Android 4.0 ICS connection.

The release of the US Galaxy S3 has come some weeks after it hit the shelves in Europe and some other regions. While release date delays are being reported for the US because of high demand, the Galaxy S3 should be available on all four of the major carriers within days or at most, a few more weeks. What may surprise many people though, given the high-end specs of the Galaxy S3 is that Samsung concentrated much of its US launch event on what might be viewed by many to be minor features (even if clever and useful) as opposed to the top-notch hardware and the very latest Android mobile operating system, Ice Cream Sandwich.

An article on PC World describes how no mention at all was made of Google or the fact that the Galaxy S3 is an Android smartphone at the event. Instead Kevin Packingham and Todd Pendleton, Chief Product Officer and Chief Marketing Officer respectively, chose to highlight some of the lesser-touted features so far. First All Share GroupCase enables users to collaborate and share documents while ShareShot means that people at an event can share images instantly. The S Beam feature means that simply by tapping one device against another back-to-back, users can transfer content. All of these first three mentioned features are only useful if people have the same phone though.

Another feature mentioned was Smart Stay, which ensures the display won’t dim when you’re using it as it automatically knows when you are looking at the screen. Finally another feature pushed at the event was Pop Up Play that enables the user to use email or text even when an HD video is currently running. Other cool features that came in for attention from PC World at the event included the camera set up where users can take around 20 shots in 3 seconds and also a Best Shot feature where fittingly the best shots can be weeded out from 8 images in a row taken with the 8-megapixel rear camera.

As a short refresher on specs we’ll remind you that the Galaxy S3 US variant features the 1.5GHz Snapdragon S4 dual-core processor rather than the Exynos quad-core in the international version. It also has a 4.8-inch Super AMOLED display with resolution of 1280 x 720, 4G LTE support, 16 or 32GB internal storage options (expandable with micro SD) and an 8-megapixel camera.

As the release dates seem to be being pushed back on US carriers we suggest you head to this article to check out the latest info regarding carrier launches. Are you intending to purchase the Samsung Galaxy S3 in the US and if so which carrier will you use? Are you more likely to purchase the Galaxy S3 because of its impressive hardware and also its Android 4.0 OS, or because of some of the other lesser, though innovative, features? Let us know with your comments. 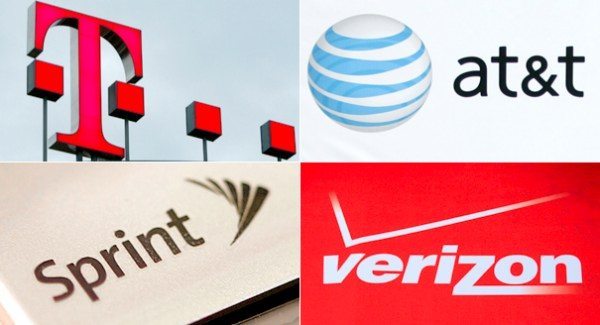