Instagram update v. 2.5.0 for iOS but not yet Android

Instagram is one of the biggest apps out there right now and has become even more popular since its arrival on the Android platform as well as the iOS platform for iPhone users. Back in April Facebook acquired Instagram and now the first update since the acquisition has arrived, Instagram v. 2.5.0 for iOS. However the update is not available for Android users just yet.

The Instagram update was released yesterday in the App Store and it’s a pretty big revamp. Users will find a lot of changes although the basic Instagram is still recognizable. Among the changes that users will notice on Instagram 2.5 is that ‘Popular’ (most-liked photos shown) has been replaced with a new tab called ‘Explore,’ that can also be searched by hashtag or user name. Evidence of that Facebook connection can be found in the new ‘Open Graph’ setting enabling you to post photos you’ve ‘liked’ on Instagram to your Facebook account.

News of the v2.5 update came to us from Mashable who also point out another small but useful difference. Instead of having to make two steps to access your Camera Roll now you only need to tap and hold your camera button and you’ll head directly to it. The overall performance speed of the app should also be quicker. You can check out more about Instagram v 2.5 or download it from iTunes here.

It’s a free app and compatible for iPhone, iPod touch and iPad running iOS 3.1.2 or later. Other additions in this new version of Instagram include a revamped profile tab, commenting improvements, visual improvements and also user search autocompletes based on people you follow. We think the new and improved Instagram app will be even more popular with this update though it’s a shame that it’s not yet available on the Android platform too. Android users had to wait a long time for Instagram after it first became available for iOS so we imagine some Android users may be disappointed that they have to wait again.

We’d like to hear your thoughts on the Instagram update for iOS. Have you already downloaded it and are impressed or otherwise with the revamp? Maybe you’re an Android user, hoping the update makes its way to your platform soon? Let us know with your comments. 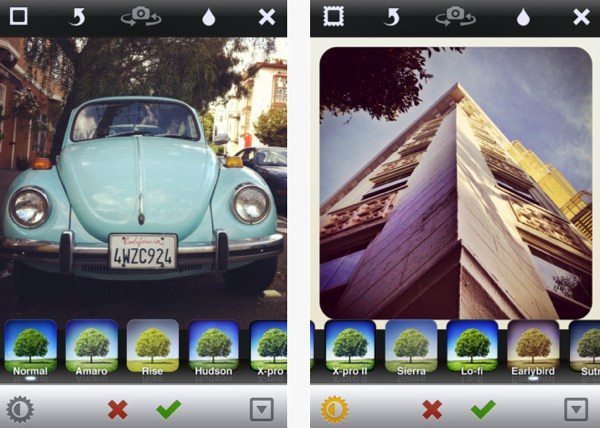