iPhone and iPad possible import ban after US ITC review

Well now it appears that there is a possibility of the tables turning on Apple, who seem to take just about anyone to court over patent infringement these days seeking a banning of rival devices in the United States by way of the US International Trade Commission, as word is the US ITC is to review a ruling back in April that discovered certain Apple gear infringed upon a Motorola patent, which could ultimately lead to an import ban on Apple gear that utilise the infringed tech.

According to an article over on Phone Arena by way of Apple Insider, the US ITC review of the matter is the next step along the long road that could ultimately see the ITC place an import ban on such Apple devices as the iPhone and Apple iPad.

The patent involved was issued to Motorola way back in 200, and is No 6,246,697 and covers a “Method and system for generating a complex pseudonoise sequence for processing a code division multiple access signal,” which apparently deals with chips that are used in WiFi applications, and Apple find themselves in this problem because Judge Thomas Pender ruled that Apple did infringe on the above patent, one of four, back in April.

Apparently the ITC is reviewing the matter due to both Motorola and Apple filing petitions relating to claim construction, validity and infringement, however the iOS device company is trying to use FRAND licensing policies to argue that there shouldn’t be an enforcement of the patent at issue.

Apple has garnered some support on the FRAND issue from over companies who have submitted letters to the US ITC in favour of Apple’s argument, and include such firms as Verizon, Nokia, Microsoft, the Business Software Alliance, and Howell-Packard.

Apparently although Judge Pender dismissed Motorola’s claims on three of the four patents, the US ITC is reviewing all four of the patents including 6,246,697, with both Apple and Motorola responding to questions from the commission in the next few weeks with a final decision due on the matter sometime in August.

Thus there is a possibility that come August, Apple could possibly find itself facing a ban on certain Apple gear including the iOS slate and iPhone, however something tells me that Apple will undoubtedly find a way of wriggling out of a ban on their products if it should ever happen. 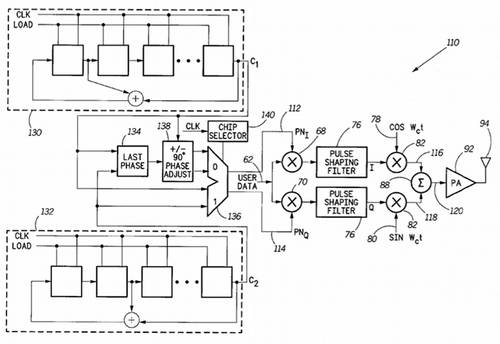