Here at Phones Review we don’t just keep readers informed with the latest mobile devices but also like to keep people up-to-date with the latest useful or entertaining apps. Today we have news of a gaming app for Android devices and classic RPG enthusiasts, Final Fantasy III, the English language version.

This much-awaited app finally hit Google Play a few days ago after the initial disappointment when the Android version arrived back in March as a Japanese language exclusive. Now Square Enix have done the decent thing and Final Fantasy III in English has been released at last and looks likely to become yet another hit in the long-running Final Fantasy saga that began way back in 1987. The role-playing game franchise has now spawned 13 sequels and spin-offs and with the launch of the Android English version of Final Fantasy III for the US and Europe, the monster slaying and adventuring can begin once more!

News of this came to us from Android Authority, sourced from Android and Me, and there’s a great deal of praise for the visuals, touch-panel controls and storyline, plenty to get really stuck in to. Initial feedback so far has been hugely positive with the app scoring 4.7 on average in reviews at the Google Play store at the time of writing. About the only negative noted was the price, which is $15.99 for US gamers and Â£10.99 in the UK. Only you will be able to decide if Final Fantasy III is worth that much but it does sound like a game not to be missed.

Final Fantasy III for Android is available from Google Play here and is compatible with devices running Android 2.2 or later. The basic premise of the game involves four youths chosen by the crystals in a bid to save the world after the land has been robbed by light. Features include new and improved 3D visuals and Android-exclusive story sequences, fast browsing through the monster bestiary and new designs for Job Mastery Cards.

Have you been waiting for the Android Final Fantasy III in English? If you’ve already downloaded the app and have had a chance to play it then let us know what you think of this RPG game by sending your comments. Was the price worth it? 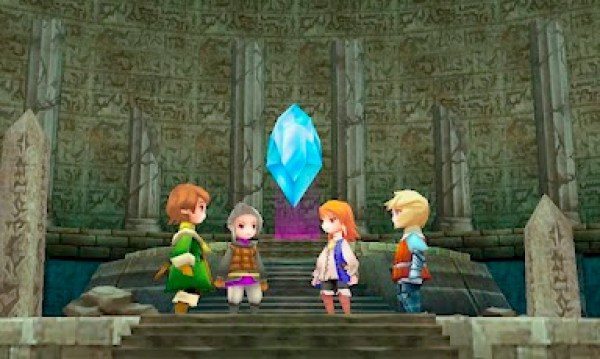